A semi-rural locality situated between Hillingdon and Stockley Park, and dominated by Hillingdon Hospital 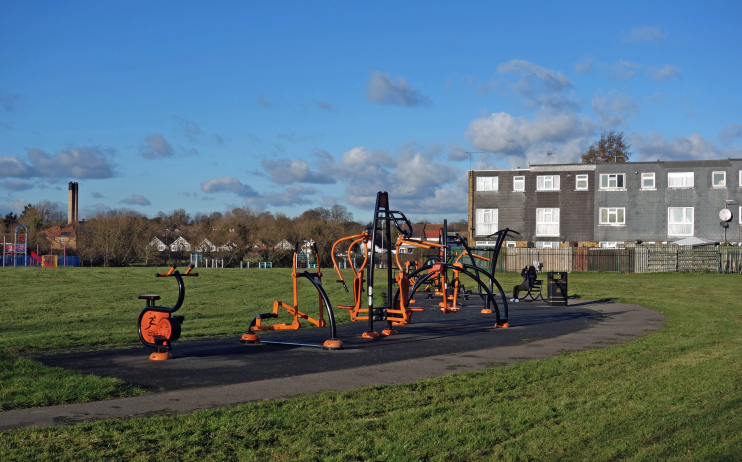 The manor of Colham Garden, alias Drayton, once covered a large area to the south of Uxbridge and Hillingdon. The name may be a corrupted reference to its location near the River Colne or to a landowner called Cola.

The manor was first mentioned in an Anglo-Saxon charter of 831, and at the time of Domesday Book it was of greater signif­i­cance than Hillingdon, while Uxbridge was merely its subsidiary.

The long-vanished manor house stood to the north of the green, near what is now Hillingdon and Uxbridge Cemetery.

The hamlet of Colham Green was in existence by the late 16th century and a house called Moorcroft may have been a centre for illegal Roman Catholic activity. This was the home in the 1590s of Henry Garnett, superior of the Jesuits in England, who was executed in 1606 as an accom­plice of the Gunpowder plotters.

In the mid-1740s Hillingdon vestry chose Colham Green as the site for the parish workhouse, which later became Uxbridge union workhouse. A school­room, chapel, infirmary and other buildings were added after­wards. The surrounding area remained virtually unin­hab­ited in the 19th century, when the land was occupied by farms, gravel pits and brick­fields. Moorcroft farmhouse was built early in the century and survives today, on Moorcroft Lane.

Evelyns School was estab­lished at Colham Green in 1872 and main­tained close connec­tions with Eton until it was closed in 1931. Much of Colham Green was built up with private estates before the Second World War and with the Violet Farm and Evelyns council estates afterwards.

In 1930 control of the workhouse passed to Middlesex County Council which began to develop it as Hillingdon Hospital. The hospital was largely rebuilt in 1963 and has recently undergone radical rede­vel­op­ment – but much more work still needs to be done. A long-running but ulti­mately successful strike of domestic staff at the hospital became a socialist cause célèbre in the late 1990s. Older hospital facil­i­ties on the north side of Pield Heath Road have been replaced with housing, under the names Chantry Park and Kings Place.

The surviving part of the original Colham Green is now a recre­ation ground, which is shown in the photo at the top of this article.*

* The picture of Colham Green recreation ground at the top of this page is minimally adapted from an original photograph copyright Des Blenkinsopp, at Geograph Britain and Ireland, made available under the Attribution-ShareAlike 2.0 Generic Licence. Any subsequent reuse is hereby freely permitted under the terms of that licence.