A residential street in St Johns, north Lewisham, and a station on the borough’s border with Greenwich 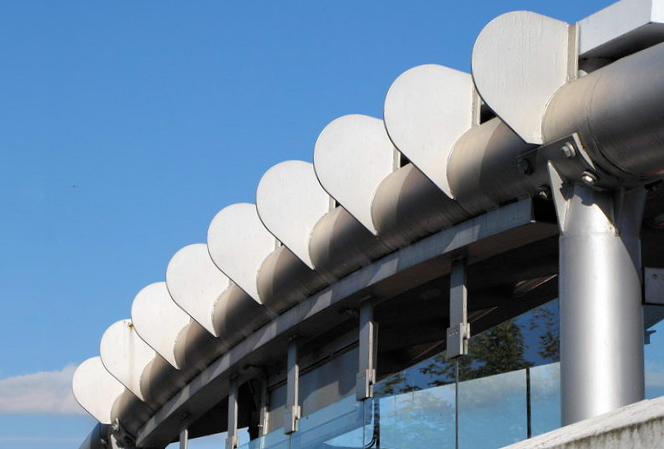 By 1371 this locality was the site of a watermill that produced steel for armour and other military equipment. In 1530 Henry VIII acquired the mill and the manorial land on which it stood, and it became part of the Royal Armoury at Greenwich. Much later, barrels were made here for muskets that were used in the Napoleonic Wars. When the demand for armaments declined the watermill switched to silk throwing. During Victo­ria’s reign gold and silver thread were made at Lewisham Silk Mills for officers’ uniforms.

Elverson Road was laid out north-west of the watermill in the late 19th century.

Reduced to making wire in its final days, the old mill closed in 1937. The buildings were demol­ished and Conington Road indus­trial estate later took its place.

Elverson Road station is only 500 yards from the DLR branch terminus at Lewisham. The station opened ahead of schedule in November 1999, at a time when most stops along the route were already seeing signif­i­cant commer­cial, cultural or resi­den­tial devel­op­ments in their vicinity. Here, however, it was several years before much happened, other than the creation of Elverson Mews, which consists of a handful of two-storey terraced houses.

The largest subse­quent construc­tion projects were the Silkworks and Silver­mill apartment complexes on Conington Road – both built by St James Homes, a subsidiary of the Berkeley Group. The two schemes (and of course the Silk Mills Path, which runs between them) take their name from historic incar­na­tions of the former watermill – as does Armoury Road, on the other side of the river, where there has also been intensive resi­den­tial devel­op­ment, though on a more human scale.

The nearest school is Morden Mount primary, which seems to have success­fully emerged from a period of underperformance.

Brookmill Park (known as Ravens­bourne Park from 1951 to 1965) was reland­scaped when the railway line was brought through and the River Ravens­bourne was rerouted along the park’s eastern edge, with a slight meander for aesthetic effect. The DLR used the old course of the river.

* The picture of Elverson Road DLR station (roof detail) on this page is adapted from an original photograph, copyright Mike Quinn, at Geograph Britain and Ireland, made available under the Attribution-ShareAlike 2.0 Generic Licence. Any subsequent reuse is hereby freely permitted under the terms of that licence.