A former residential rectangle now fused with the extended forecourt of Euston station, Euston Square’s name is little used except in the context of the tube station, which lies to the west on the corner of Gower Street 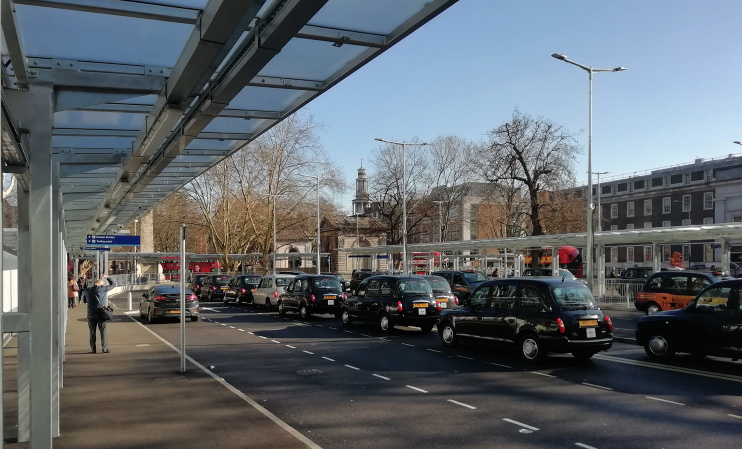 Present-day Euston Road began life in the 1750s as part of the New Road, which served as the original ‘north circular’, taking traffic away from built-up London. Until the end of the 18th century the road marked the outer edge of the metrop­olis in the same way that the M25 does today.

In the 1810s the northward expansion of Blooms­bury breached this barrier with the creation of Euston Square, named after the country seat of local landowner the second Duke of Grafton at Euston Hall in north Suffolk. The scheme was more of a road-widening project than the creation of a true square: a strip of garden was laid out on the north side of the New Road, with houses at its edges.

Euston station became London’s first intercity railway terminus when it opened in July 1837. The station orig­i­nally stood some way north of its present location: the former site of the Doric ‘arch’ at the main entrance is now occupied by the corridor leading to platforms 8–11.

Nearby Gower Street station opened on the world’s first under­ground railway in 1863.

In 1869 Euston Grove was extended south from Euston station through Euston Square to connect with Euston Road. The following year two lodges were completed at the grove’s inter­sec­tion with Euston Road, both of which have now been converted to bars.

Euston war memorial was erected in 1921 to honour the rail­waymen who lost their lives in the First World War. Addi­tional panels were later added to commem­o­rate the men and women of the London, Midland and Scottish Railway who died in the Second World War.

Private resi­dences disap­peared from Euston Square long ago and the vicinity is now dominated by the stone facades of commer­cial and insti­tu­tional premises, notably the Wellcome Trust and, on Euston Square itself, the Royal College of General Prac­ti­tioners. The slides below show views of the college’s interior, photographed during an Open House London weekend. 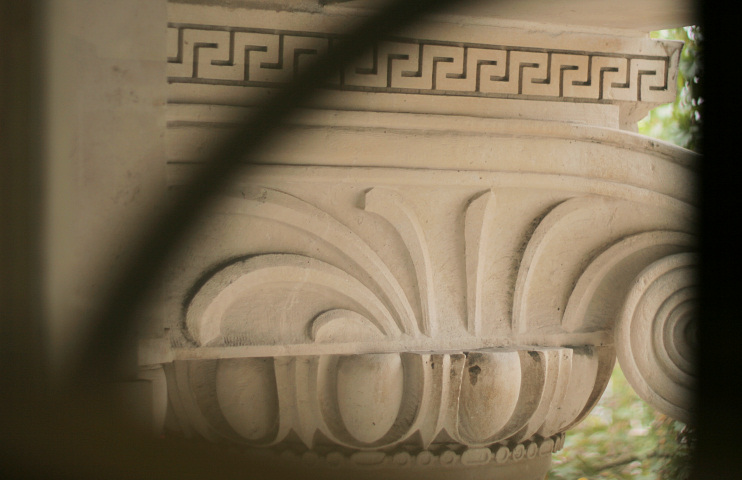 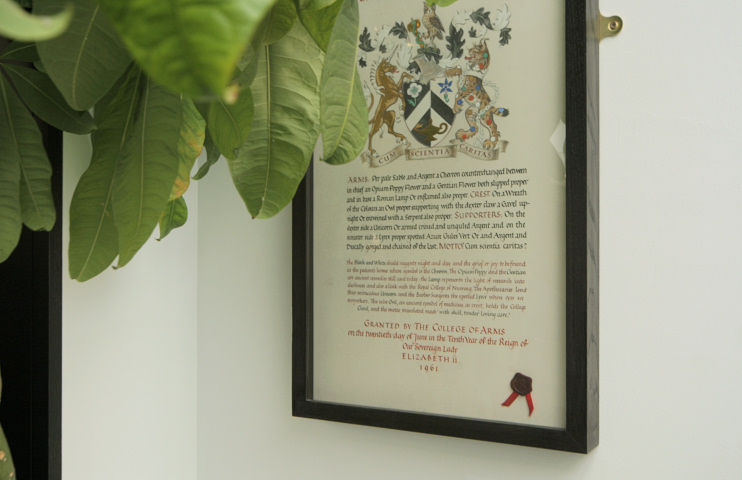 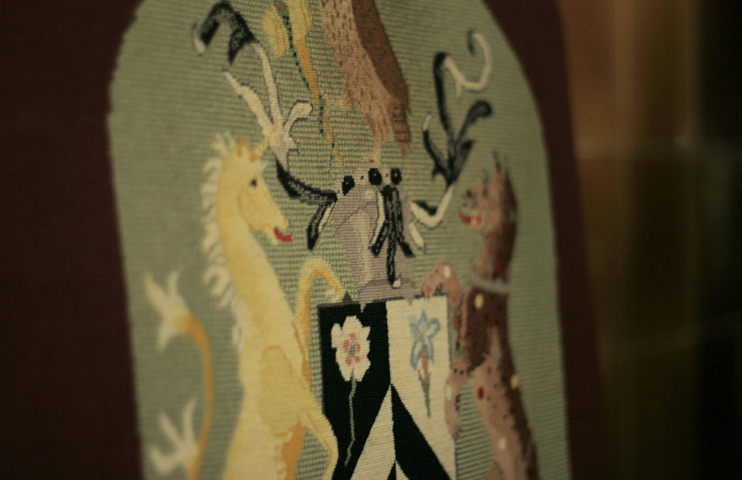 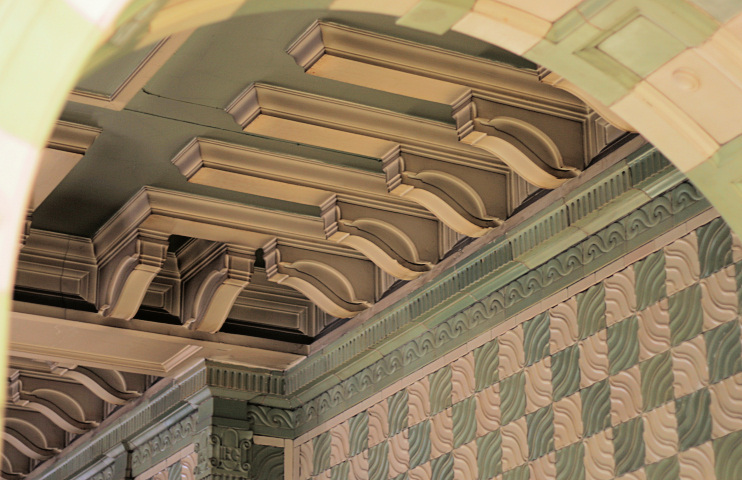 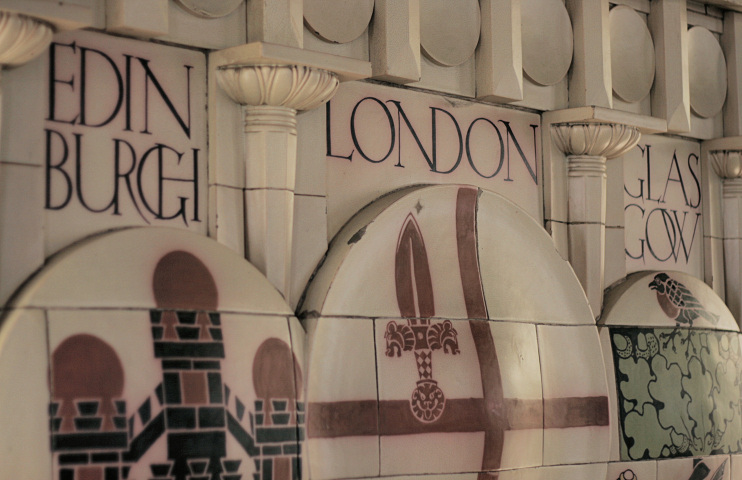 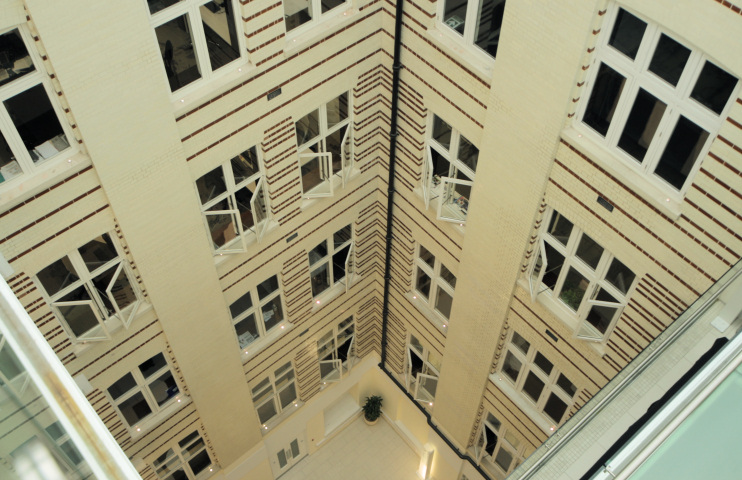 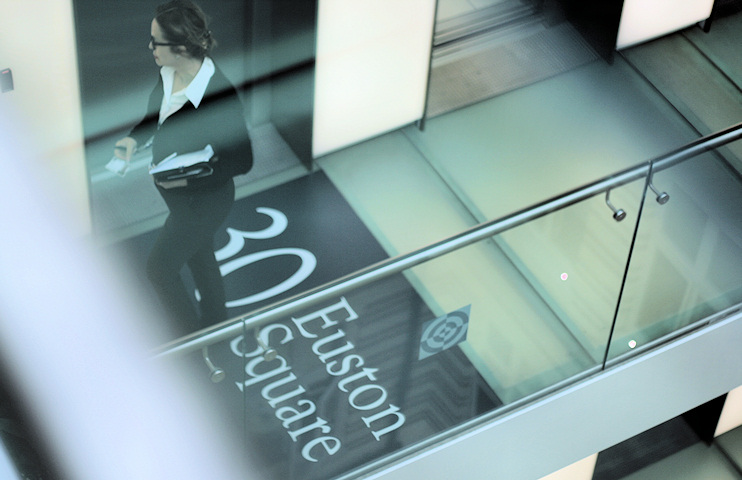 Most of Euston Grove was erased when Euston station was extended in the 1960s. The part that bisects Euston Square is now all that remains.

The west side of Euston Square Gardens has been sacri­ficed to the HS2 construc­tion project, which is having a major impact on the Euston area. Despite protests – including non-violent direct action – most of the west garden’s lovely London planes were felled so that the station’s taxi rank could be relocated above ground, as shown in the photo at the top of this article.