A ‘major district centre’, second only within the borough to Bexleyheath, which lies to its east 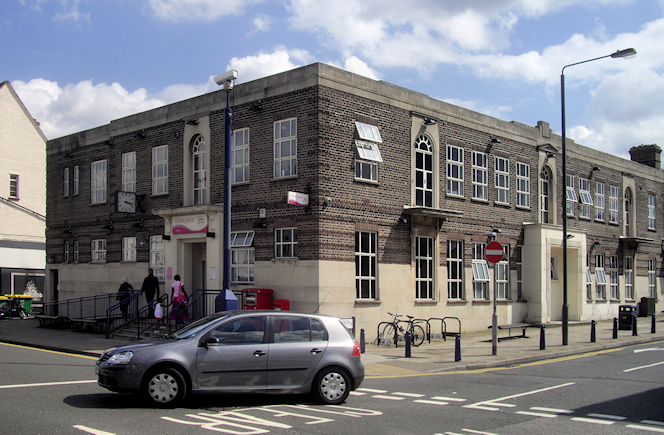 Welling was first mentioned in 1362 as ‘Wellyngs’ and its name may have indicated the presence of a well or spring, or may derive from Ralph Willing, who held land in Bexley earlier in the century, but it is rarely clear in such cases whether the place name or the personal name came first.

Welling evolved as a coaching halt on the route to Dover. Inns like the Nag’s Head and Guy, Earl of Warwick were later joined by a ribbon devel­op­ment of premises belonging to craftsmen and tradesmen, behind which lay farms and market gardens.

From 1849 the North Kent Railway enabled farmers to deliver perish­able produce quickly to the London markets. However, this was too early for the presence of a station to stimulate suburban house­building and Welling remained predom­i­nantly rural until the 1920s, with the exception of some high-class housing on the Belle Grove estate.

Between the wars a welter of large and small devel­opers descended on Welling and its outlying farms, building low-cost houses for the lower middle classes and skilled working classes, notably at Falcon­wood. Welling station was rebuilt in enlarged form in 1931.

Welling’s shopping centre stretches for almost a mile along Belle­grove Road and includes around 300 outlets. 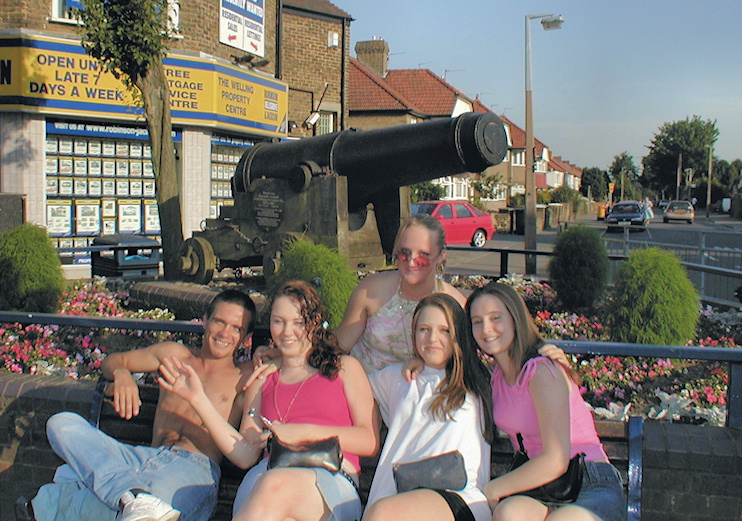 Shown in the (old) photo­graph above, a Russian cannon is on display at Welling Corner, in recol­lec­tion of the accom­mo­da­tion formerly provided for Woolwich Arsenal workers at East Wickham, which Welling has now absorbed.

Founded in 1963, Welling United football club plays at Park View Road on the edge of Danson Park. The club shares the ground with Erith & Belvedere FC.

Welling achieved notoriety in the early 1990s as the home of the British National Party, which was blamed for an increase in racialist violence in this overwhelmingly white area.

* The picture of the Public Library, Welling, on this page is adapted from an original photograph, copyright Paul Farmer, at Geograph Britain and Ireland, made available under the Attribution-ShareAlike 2.0 Generic Licence. Any subsequent reuse is hereby freely permitted under the terms of that licence. (The photograph of Welling cannon is by the author.)