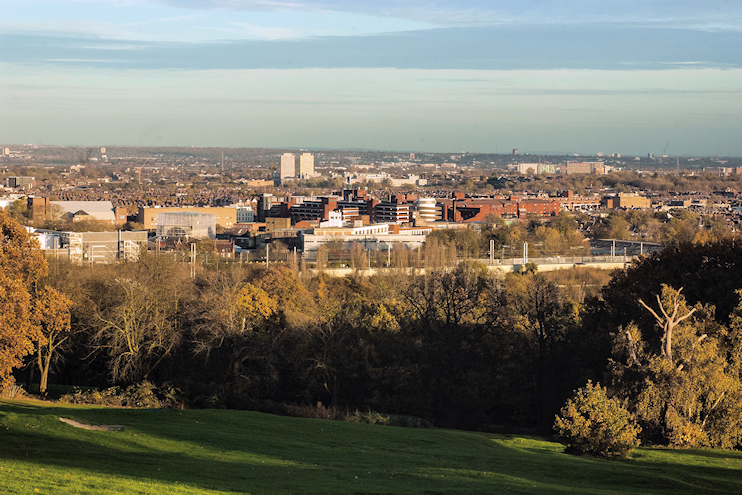 Wood Green was first recorded in 1502 as a clearing on the edge of Tottenham Wood. Until the mid-19th century it remained an outlying hamlet in Tottenham parish, of much less signif­i­cance than neigh­bouring Hornsey.

St Michael’s church was built in 1844 and the village began to grow in antic­i­pa­tion of the coming of the railway. Wood Green’s first station and school both opened in 1859, new roads were laid out north of the church and were lined with villas for the middle classes, while several char­i­table organ­i­sa­tions built almshouses here.

A pleasure ground opened in Alexandra Park, followed by an enter­tain­ment palace in 1873. In 1883 the Artizans’, Labourers’ and General Dwellings Co. began work on the Noel Park estate, one of the largest projects of its kind in Victorian London.

Wood Green gained municipal inde­pen­dence from Tottenham in 1894 and has had a local govern­ment head­quar­ters ever since, now in the form of Haringey’s civic centre.

In the early decades of the 20th century almost all the remaining gaps were filled by middle-class houses in the north, working-class terraces in the south and factories near the railway lines. The London County Council built the White Hart Lane estate on the surviving farmland between Wood Green and Tottenham.

After the Second World War the retailers on the High Road began to outper­form all their nearby rivals and by the mid-1960s Wood Green had become the north London’s most important shopping destination. 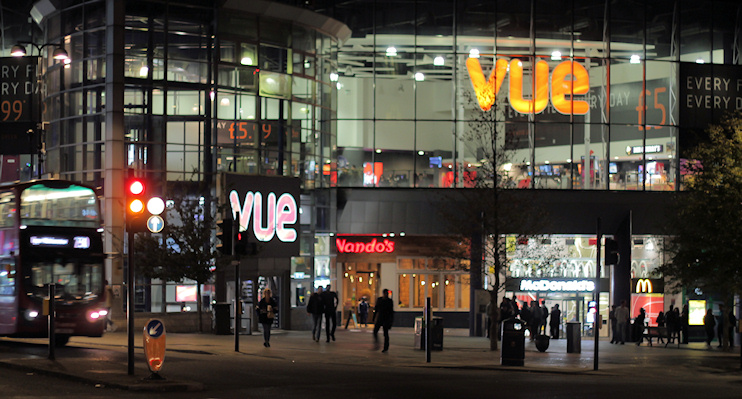 In the mid-1970s the defunct Noel Park & Wood Green station and many neigh­bouring buildings were demol­ished to make way for Wood Green shopping city, a mall strad­dling the High Road, which elsewhere is flanked by a very mixed range of outlets. Cinemas and afford­able restau­rants have since broadened Wood Green’s leisure appeal – though its lure to shoppers has declined in the face of compe­ti­tion from retail parks along the North Circular.

For a century Wood Green was home to Barratt’s, the confec­tioners, but the company moved out in 1980 as part of a general trend for offices and shops to replace manu­fac­turing as the district’s principal employers. Marked with a pin on the map below, Barratt’s former factory on Clarendon Road became the focus of the Wood Green cultural quarter. Several of the busi­nesses based here function as produc­tion facil­i­ties for the creative industry rather than attrac­tions for the general public, and this resulted in some misun­der­standing and mockery of the ‘cultural quarter’ name. However, the council is keen to encourage more outward-facing arts enter­prises, which may result in devel­op­ments of the kind lately seen at Hackney Wick and Fish Island, though probably not on the same scale.

Among the Wood Green area’s many ethnic commu­ni­ties, the largest groups are Turkish, black African (espe­cially Somali) and black Caribbean.

* The view of Wood Green from Alexandra Palace at the top of this page is adapted from an original photograph, copyright Julian Osley, at Geograph Britain and Ireland, made available under the Attribution-ShareAlike 2.0 Generic Licence. Any subsequent reuse is freely permitted under the terms of that licence.