Albert of Saxe-Coburg-Gotha was born in 1819 and he married his cousin, Queen Victoria, in 1840.

Though the prince consort was widely regarded with suspicion and disdain in his adopted homeland, he was respon­sible for many achieve­ments in London, including the hugely successful Great Exhi­bi­tion of 1851, the profits from which he directed towards the estab­lish­ment of the great insti­tu­tions of South Kens­ington: the Natural History Museum, the Science Museum and the Museum of Manu­fac­tures, which evolved into the Victoria and Albert Museum. Bethnal Green’s Museum of Childhood also owes its home to the prince consort.

Albert died suddenly of typhoid in 1861 and Victo­ria’s incon­solable grief and prolonged mourning have become legendary. The queen (who had been born at Kens­ington Palace) chose the southern side of Kens­ington Gardens as the site for an ornate and complex monument that would celebrate her late husband’s achievements.

The Albert Memorial was designed by Sir George Gilbert Scott, with a central gilded statue by JH Foley and Thomas Brock. The prince is sheltered by a towering Gothic canopy and surrounded by statuary commem­o­rating his good works and the glories of civil­i­sa­tion, espe­cially those of the British Empire.

The memo­ri­al’s construc­tion took almost ten years to complete, as did a restora­tion project in the 1990s.

“Presently the statue of the good, kind, well-meaning gentleman will be placed upon the monu­mental pedestal – and then what a satire upon human glory it will be to see … that long marble array of the world’s demi-gods around the base, bracing their shoulders to the genial work and supporting their brother in his high seat. I still feel some lingering discom­fort that this princely structure was not built for Shake­speare – but after all, maybe he does not need it as much as the other.” 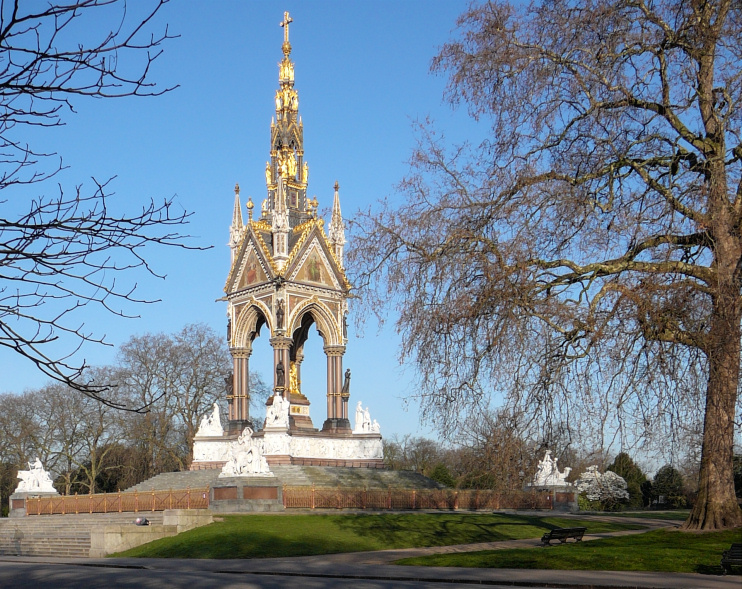 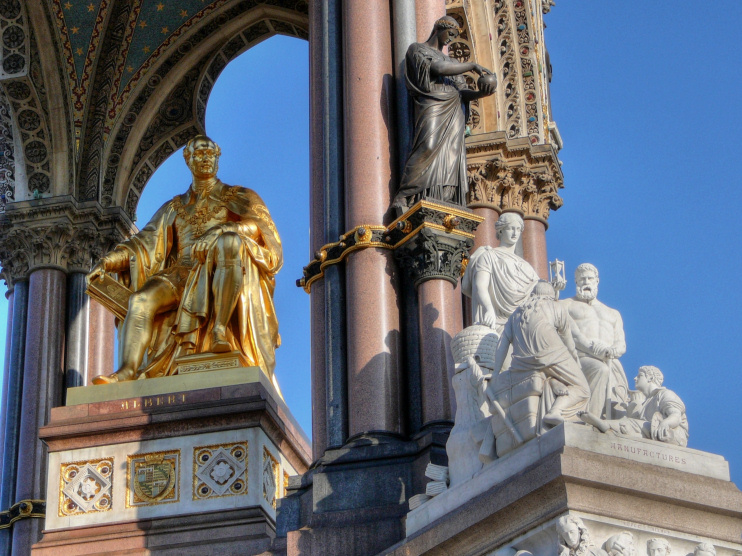