Somerset-born John Lewis opened his first shop in 1864, on Oxford Street. Lewis began by selling ribbons and haber­dashery and progres­sively branched out into new lines. His son John Spedan Lewis took an active part in the business from an early age but his radical ideas on staff remu­ner­a­tion, welfare and partic­i­pa­tion brought the two into conflict.

Spedan withdrew from any involve­ment in the Oxford Street business in return for total control at Peter Jones, Sloane Square, which his father had acquired in 1905. He success­fully intro­duced a consul­ta­tive system of manage­ment while trans­forming the fortunes of what had been a failing enterprise.

Father and son were even­tu­ally recon­ciled and, on the former’s death in 1928, John Spedan Lewis gained sole ownership of the business. Within a year he had estab­lished the John Lewis Part­ner­ship, the profits of which were distrib­uted among the staff, thence­forth known as ‘partners’. Soon after­wards the part­ner­ship adopted the pricing policy and slogan it continued to proclaim until 2022: “Never knowingly undersold.”

Meanwhile, over in Acton, Wallace Waite and Arthur Rose had built a flour­ishing grocery store business they called Waitrose Ltd. The John Lewis Part­ner­ship acquired the company’s ten stores in 1937, the same year in which the present Peter Jones depart­ment store opened – to wide­spread archi­tec­tural acclaim for its pioneering use of curtain-walling. Three years later the part­ner­ship bought Jones Brothers, Holloway Road, from Selfridge Provin­cial Stores.

By the outbreak of the Second World War the Oxford Street business had grown to fill a pair of depart­ment stores, but these were destroyed by fire after being hit by an oil bomb in 1940 and rebuilt in the present form in the late 1950s.

In 1955 the first Waitrose super­market opened in Streatham, where the part­ner­ship had earlier acquired Pratt’s depart­ment store.

John Lewis became an anchor store of the Brent Cross shopping centre when it opened in 1976 and subse­quently chal­lenged the dominance of Bentalls in Kingston upon Thames. In 1990 the part­ner­ship closed its Streatham (Pratt’s) and Holloway Road (Jones Brothers) branches – despite the pleas and protests of dismayed local residents.

The group has since opened addi­tional London branches at Westfield Stratford City and on the Purley Way, west of Croydon (a one-floor ‘at home’ store).

The John Lewis Part­ner­ship is head­quar­tered in Victoria. 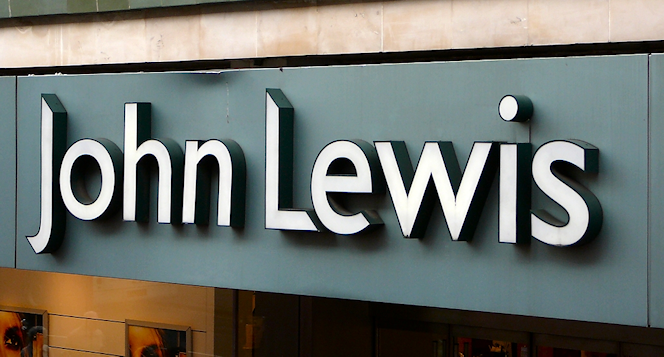