Several former specialist schools have coalesced into the London College of Fashion, of which the oldest was Shored­itch Technical Institute Girls’ School, founded in 1906, while the latest addition has been Cord­wainers College, where Jimmy Choo honed his shoe­making skills. The most signif­i­cant of the LCF’s constituents was Barrett Street Trade School.

Barrett Street is nowadays known (if known at all) as the thor­ough­fare that connects Mr Self­ridge’s grand emporium with would-be-trendy St Christo­pher’s Place. Between the wars Barrett Street school built a strong repu­ta­tion, orig­i­nally for teaching teenagers the basics of dress­making and tailoring, and subse­quently for breeding fashion designers. Harry Gordon Selfridge culti­vated close ties with the school and would come along to present students with their diplomas.

In 1963 the newly created London College of Fashion broke with the past in both its ethos and the archi­tec­ture of its head­quar­ters over­looking Oxford Street (shown below). Progres­sive members of staff embraced the culture of ‘Swinging London’ and, though it looks a little dowdy today, the building was consid­ered a marvel of modernity at the time.

Now part of the Univer­sity of the Arts London, the LCF has sites at Lime Grove, Mare Street, Curtain Road (home to most of the college’s fashion, textiles and design courses) and Golden Lane. Facil­i­ties at its new unit in High Holborn include the Student Hub, an arts gallery and a language centre.

Plans are afoot to relocate the entire college to a new building on Stratford Water­front. When completed, the building will be one of the largest dedicated to the study and research of fashion in the world. 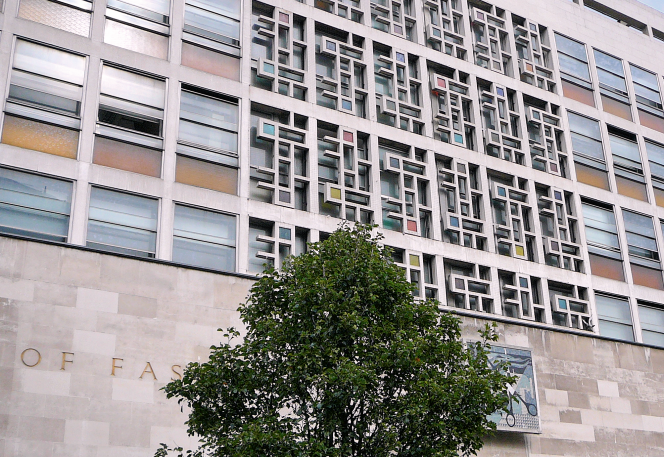