In the early 19th century Surbiton consisted of around 40 dwellings and the Waggon and Horses public house but because Kingston brushed the railway aside the hamlet acquired a station very early. This opened as Kingston-on-Railway in 1838, and over the following half-century high-class housing spread across the new suburb, which was also known as Kingston New Town or New Kingston.

Surbiton station was wholly rebuilt in 1937–8. Southern Railways’ in-house design team was respon­sible for the modernist archi­tec­ture, under the lead­er­ship of James Robb Scott. Some sources suggest that Scott himself may not have made much of a contri­bu­tion to the styling.

Now a grade II-listed building, it was voted Britain’s ‘most improved station’ after its £3 million refur­bish­ment in 1998.

Professor Dumb­le­dore whisks Harry Potter away from Surbiton station in Harry Potter and the Half-Blood Prince, filmed in late 2007. 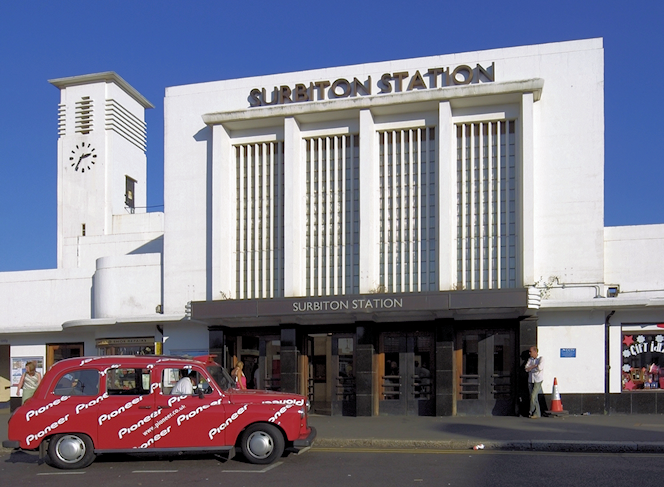