A little-used name for the (now) central part of Willesden, distinguishing it from Church End to the west 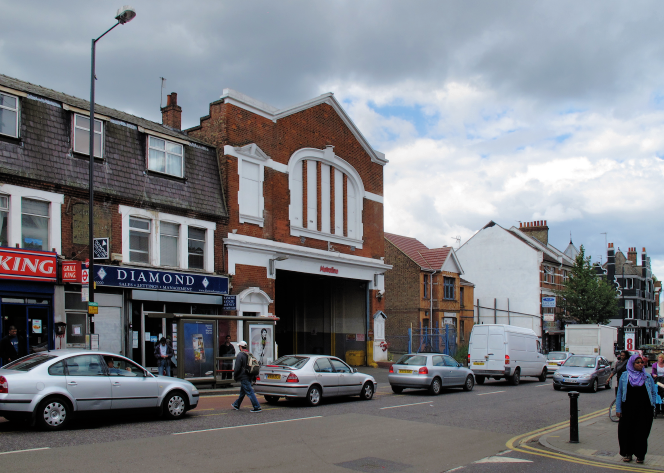 Chapel End’s name derived from the Willesden Green Inde­pen­dent (Congre­ga­tional) Chapel, built in 1820 at the junction of the High Road (A407) and Dudden Hill Lane.

The locality has also been called Queen­stown, to mark a visit by Queen Victoria in 1837.

In the mid-19th century this was a settle­ment of agri­cul­tural labourers but it evolved into a middle-class suburb from the 1870s, after the coming of the railway and the sale of farmland to developers.

A larger chapel was built just to the west to serve the growing popu­la­tion and the original building was used as a Sunday school until its demo­li­tion in 1908.

* The photo of Willesden Bus Garage on this page is adapted from an original photograph, copyright David Hawgood, at Geograph Britain and Ireland, made available under the Attribution-ShareAlike 2.0 Generic Licence. Any subsequent reuse is hereby freely permitted under the terms of that licence.