The geography of London football 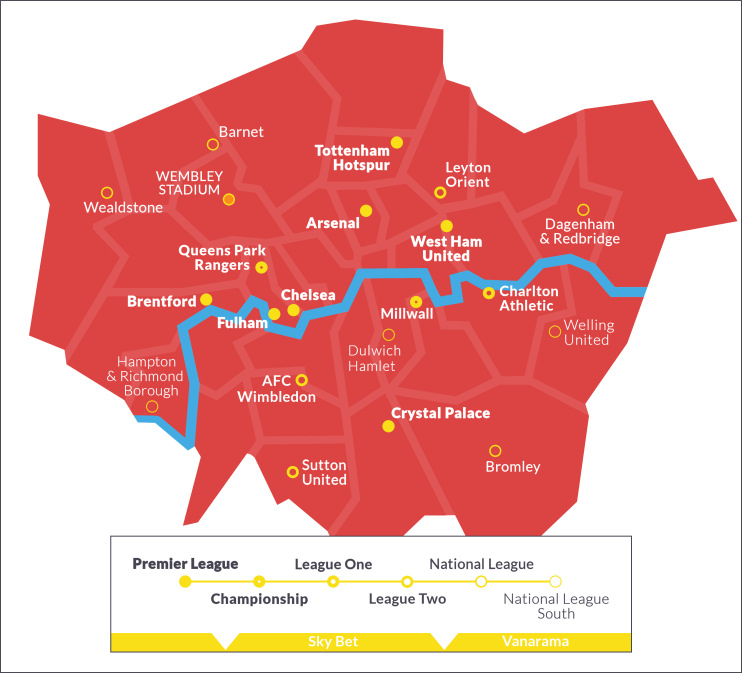 The eleventh edition of Hidden London’s football map shows the ground locations for all the London clubs in the top six tiers of the English game for the 2022–23 season.

The weight of the type and the density of the map’s yellow circles indicate hier­ar­chical status, from the Premier League clubs to those in the National League South (formerly Confer­ence South). The map also shows the location of Wembley Stadium – the home of cup finals and England games.

The map reflects just two changes from the 2021–22 season:

These are the 20 London clubs mapped above, listed alpha­bet­i­cally within each division:

Watford FC are once again playing in the Cham­pi­onship after a year in the Premier League in 2021–22. Watford are based at the Vicarage Road stadium, which is located two and a half miles (4km) beyond the north-west edge of Greater London.