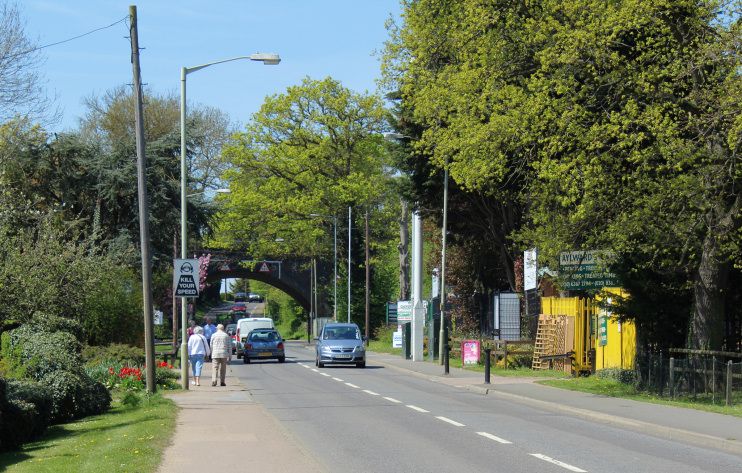 Crews Hill was part of the woodland hunting ground of Enfield Chase and very little human activity took place here until after the enclosure and division of the chase in the late 1770s.

The local­i­ty’s present name derives from a family that lived here in the mid-18th century. By the early 19th century Trinity College, Cambridge, owned most of the land.

The station opened in 1910 when the Great Northern Railway Company extended the line as far as Cuffley in Hertfordshire.

Crews Hill golf course was laid out on land bought from Trinity College in 1915.

Theobalds Park Farm, which covered 140 acres, produced vegeta­bles for the London markets – and new nurseries were still being estab­lished in Crews Hill at a time when the wider trend elsewhere was for their closure and replace­ment by housing.

A small estate of 102 bungalows was built in the early 1930s but soon after­wards Crews Hill was included in a ‘green girdle’ plan to restrict devel­op­ment in north Middlesex, which evolved into green-belt protec­tion after the Second World War.

The nurseries progres­sively switched from produc­tion for London’s wholesale fruit and vegetable markets to retail horti­cul­ture. Crews Hill is now utterly overgrown with garden centres and these are not loosely scattered but crammed together along a ‘golden mile’ south-east of the station.

There are special­ists in hardy plants, bonsai trees, land­scaping and garden fencing and furniture. As well as all the nurseries, Crews Hill has an eques­trian zone to the north with stables, paddocks and a stud farm. 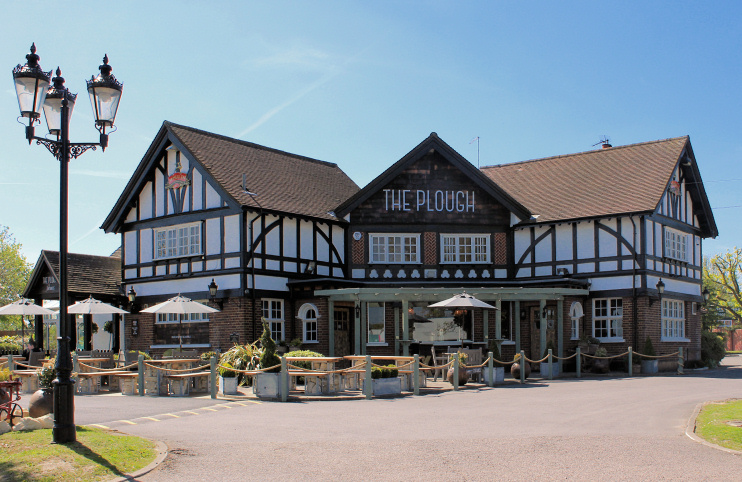 On Cattle­gate Road – and shown in the photo above – the Plough is a well-regarded (if rela­tively modern) example of the tradi­tional English country pub and has a land­scaped beer garden.

Bred by Lord Matthews of Southgate, the racehorse Crews Hill was a winner of eleven events, including the Stewards’ Cup in 1981.

* The pictures of Cattlegate Road and The Plough on this page are cropped and modified from original photographs, copyright Dr Neil Clifton, at Geograph Britain and Ireland, made available under the Attribution-ShareAlike 2.0 Generic Licence. Any subsequent reuse is freely permitted under the terms of that licence.