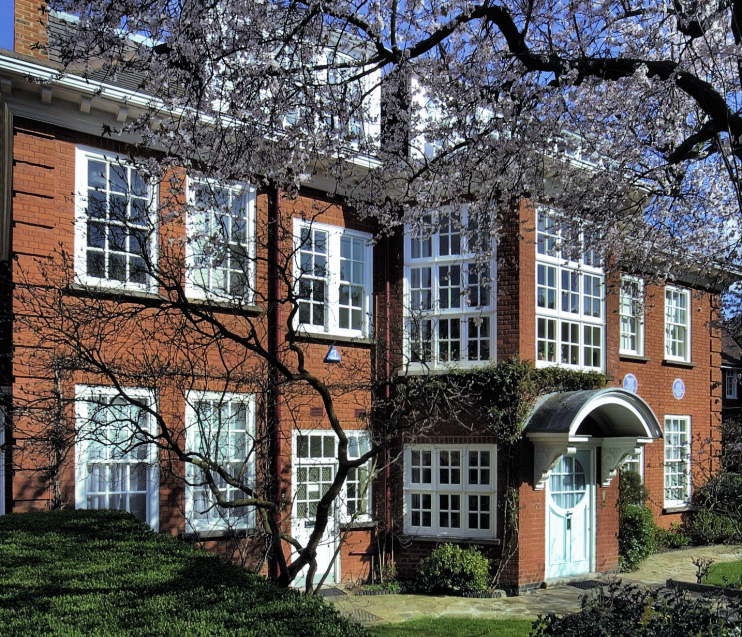 Perhaps unex­pect­edly, Frognal’s name does signify that this was once a nook frequented by frogs. It was recorded in the early 15th century as a ‘customary tenement’, an estate held on condition that the customs of the manor (of Hampstead) were adhered to, which involved performing certain tasks and making various payments.

During the 17th and 18th centuries Frognal gained a repu­ta­tion for the “salubrity of its air and soil” and grew from a single house and farm to a collec­tion of cottages and mansions, many of which adopted the Frognal name. These included Frognal Hall, Frognal Grove, Frognal Priory and, in 1806, Frognal Park – possibly the grandest of them all.

The creation of the Finchley Road rendered southern Frognal ripe for devel­op­ment, but a number of legal­i­ties prevented its exploita­tion until the 1870s, when the road called Frognal was extended south­wards. Frognal House, at 99 Frognal, occupies the site of the original Frognal house.

In the early years of its modern evolution Frognal became a favoured area for artists’ and archi­tects’ houses, and after­wards for the homes of the wealthy. No.38 Frognal was built by R Norman Shaw for the chil­dren’s book illus­trator Kate Greenaway in 1885. A year later Reginald Blomfield built numbers 49 and 51 Frognal, the former for the artist and book­binder TJ Cobden-Sanderson and the latter for himself. 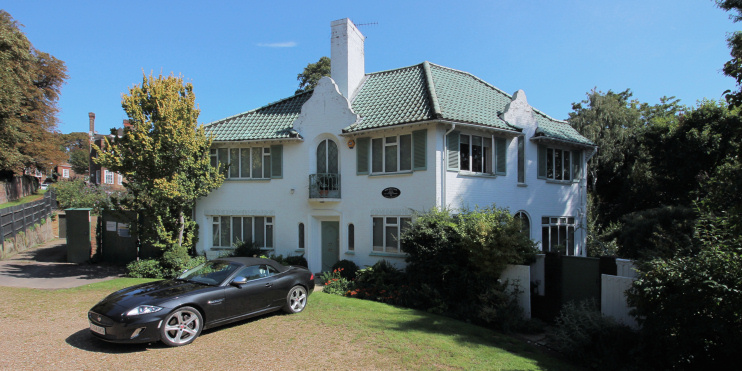 Of the local­i­ty’s 20th-century homes, perhaps the most archi­tec­turally signif­i­cant is the Sun House, at 9 Frognal Way, built in 1934–5 by E Maxwell Fry in his distinc­tively modernist style. Built around the same time and shown in the photo­graph above, 20 Frognal Way was commis­sioned by the enter­tainer Gracie Fields – though it was her estranged husband who ended up living here with his mistress. Frognal Way was recently rated the seventh most expensive street in Britain.

Shown in the photo at the top of this article (and located near the bottom right corner of the map below), 20 Mares­field Gardens was Sigmund Freud’s last residence after fleeing Nazi Austria in 1938. He died here the following year but his daughter Anna continued to live and work in the house until 1982. Visitors can now see the library and study, which contain the great man’s personal collec­tion of antiq­ui­ties and books, as well as his psycho­an­a­lytic couch.

In the Frognal and Fitzjohns ward 14 per cent of residents are Jewish (the highest propor­tion in the borough) and 59 per cent of 16- to 74-year-olds are qualified to degree level or above.

During the latter part of the Second World War, General de Gaulle lived at Frognal House, directing the efforts of the Free French forces.