The disadvantaged north-western part of Walthamstow 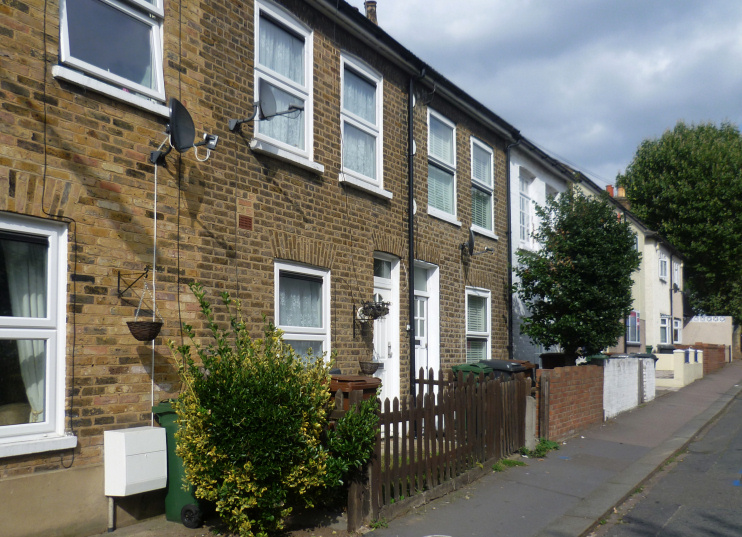 Saxons made a clearing in the forest here and the manor of Higham is recorded in Domesday Book. The original Higham House was located here, near present-day Sutton Road. The house was subse­quently rebuilt in the far east of the manor, facing Woodford Green.

The manor went through several subdi­vi­sions and reuni­fi­ca­tions and this part was later called Higham Benstead. It was in the hands of the Heron family for many years but was at one point seized by the crown because of a marriage to the daughter of the ‘trai­torous’ Sir Thomas More. The hill itself was common land with grazing rights permitted to local parishioners.

A bridge across the River Lea was said to have been in existence in 1594, when a moder­ately large hamlet had evolved. The popu­la­tion then went into a decline until the enclosure of the common in 1850, which led to some tentative suburban devel­op­ment in the 1870s.

By the end of the 19th century parts of Higham Hill had been densely built up, and some of the housing became overcrowded.

Waltham­stow council began the first of its many slum clearance and rebuilding projects here after the First World War, in Millfield Avenue. Among the other schemes were the Higham Hill estate of 1920 and Priory Court, begun in 1946 and subse­quently rebuilt.

Succes­sive phases of rede­vel­op­ment brought tower blocks in the 1960s and 1970s and large sums were spent on neigh­bour­hood renewal programmes in the period before austerity.

Unem­ploy­ment levels are rela­tively high, while the largest propor­tion of men and women work in wholesale, retail and car repair activ­i­ties. Around half of residents rent their homes, most from the council. Islam is the second most predom­i­nant faith after Christianity.

According to the website/blog London Street Gangs, Higham Hill is known locally as Grimehill and its dominant youth gang has for some while been the Priory Court Boys (or some renamed incarnation of the same outfit).

* The picture of Mayfield Road at the top of this article is adapted from an original photograph, copyright Marathon, at Geograph Britain and Ireland, made available under the Attribution-ShareAlike 2.0 Generic Licence. Any subsequent reuse of the image is hereby freely permitted under the terms of that licence.