A Thameslink station with a monumental mosque close by 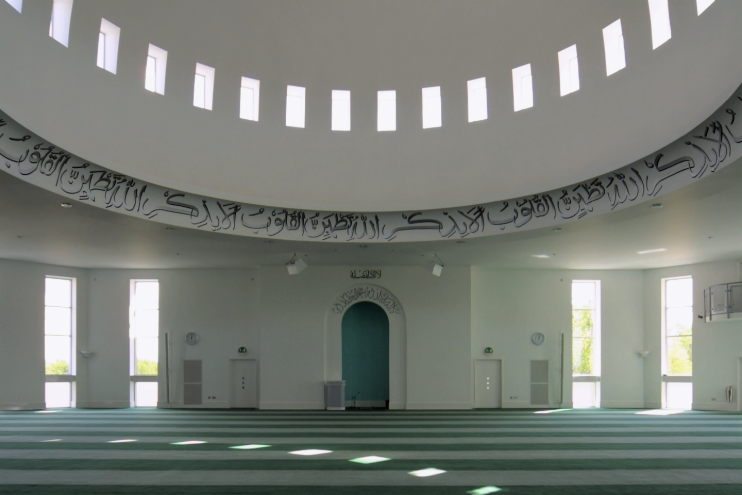 The railway line from Wimbledon to Sutton opened in 1930. Like other stations on this line, Morden South is little more than a halt, with no booking hall or retail amenities. Unlike almost every other station in Greater London, its name is rarely applied to the surrounding locality.

The Northern line’s prede­ces­sors built a depot behind Morden South station and it might have been possible to create a tube/rail inter­change here but the two companies were antag­o­nistic rather than co-operative. The mainline station was the loser in this standoff: traffic on the line never justified the expense of its construc­tion, while the nearby tube station became one of the busiest resi­den­tial desti­na­tions on the network.

Express Dairies operated a bottling plant on a former field between the two sets of rails, with their own siding and loco­mo­tive. After the dairy closed London’s Ahmadiyya Muslim community purchased the 5‑acre site for the construc­tion of one of the largest mosques in Europe.

Inau­gu­rated in 2003, the imposing Baitul Futuh mosque cost £5.5 million – contributed by the community’s members – which seems like a remark­able bargain given that the average new secondary school comes in at over £20 million nowadays.

The mosque can accom­mo­date up to 10,000 worship­pers in its three prayer halls. Ancillary parts are built around the fabric of the dairy and the old chimney was cleverly converted into a minaret, allowing a taller structure than would otherwise have been permitted.

The mosque incor­po­rates a gymnasium, offices, a library and the studios of Muslim Tele­vi­sion Ahmadiyya Inter­na­tional. The admin­is­tra­tive part of the complex was very badly damaged by a fire in September 2015.