Barely 500 yards in length, Stratford’s Pudding Mill Lane should not be confused with Pudding Lane, where the Great Fire of London (supposedly) began 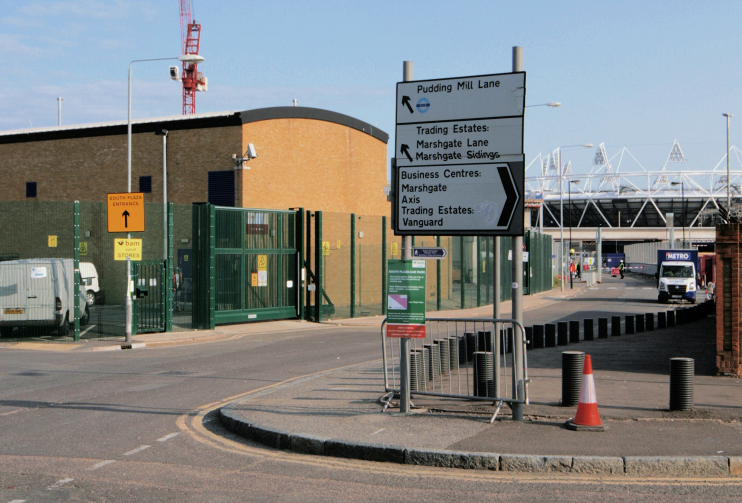 The Pudding Mill was properly called St Thomas’s Mill and it stood at what became the junction of Marshgate Lane and Pudding Mill Lane. It probably acquired its nickname from its original shape and its last incar­na­tion was demol­ished during the first half of the 19th century. The later Nobshill (or Knobs Hill) Mill survived until the early 1890s.*

Pudding Mill River, one of the Bow back rivers, was a very minor tributary of the River Lea.

Pudding Mill Lane station was built for the conve­nience of workers at the utilities and indus­trial estates that pocked Stratford Marsh over the course the 20th century. Until 1998 there was just a passing loop at this point on the Stratford branch of the Docklands Light Railway, which here runs alongside the main line into Liverpool Street, and above the Central line.

The character of the lane was trans­formed when the Olympic Park was built and the little Pudding Mill River disap­peared under the main stadium. Knobs Hill was flattened at the same time.

Taken before its Olympic trans­for­ma­tion, the photo­graph below shows roughly the same part of Pudding Mill Lane as the one above. 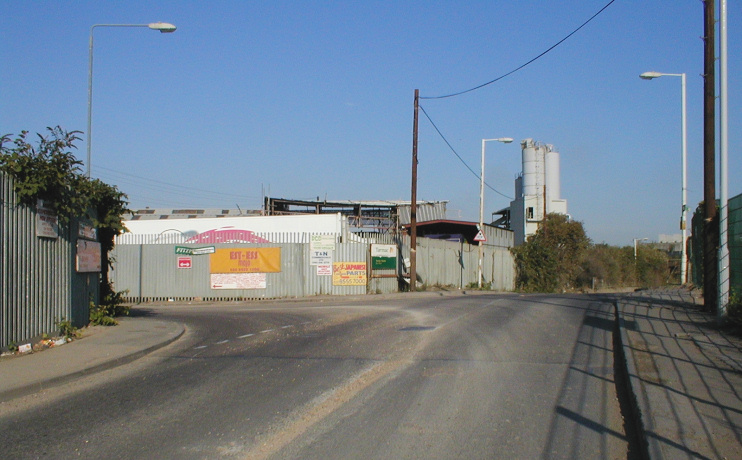 Though one of the Olympic Park’s five neigh­bour­hoods was named Pudding Mill the station was closed during the games because it was too small to handle the potential footfall.

A new, larger station opened in 2014 to take advantage of the area’s ‘legacy appeal’ – though at the moment there’s nothing very appealing in the immediate vicinity.

In 1966 Marshgate Lane became the site of the first nuclear reactor to be built for a UK university. It was commissioned for the department of nuclear engineering at Queen Mary College and was deactivated in 1982.

* British History Online provides a magnif­i­cently detailed account of the ancient mills of West Ham (repro­duced from A History of the County of Essex: Volume 6), while often admitting to a degree of uncer­tainty and employing caveats like: “It seems to have been the mill …” and: “It appears from this charter that …” [Hidden London’s italics].