A suburban conglomeration west of Harrow, taking its identity from the tube station, which was in turn named after the long and winding road that runs through here on its way from South Harrow to Pinner 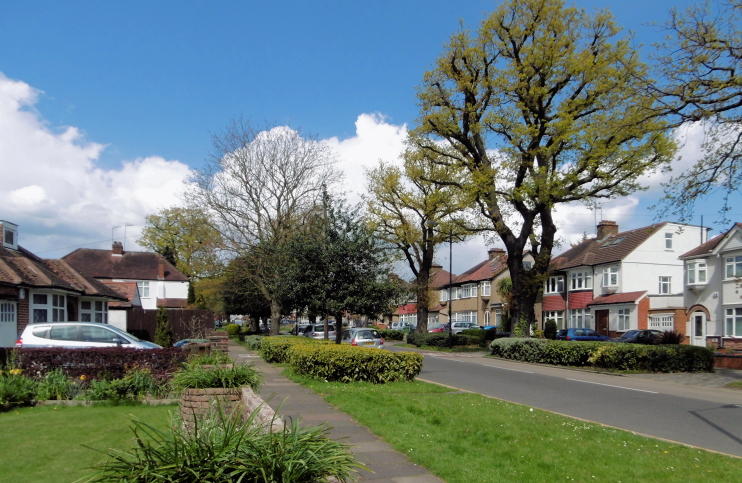 From medieval times small­holders used the lane when carting their grain to the mill on Pinner Green. It was orig­i­nally called Bourne Lane, because it crossed several streams, including the Yeading Brook.

The Rayner family, who lived here in the first half of the 19th century, were not illus­trious property owners but working tenants of the farmer who had acquired the neigh­bouring land.

In 1906 the Metro­pol­itan Railway opened a wooden halt here, which was also served by District (later Piccadilly) line services from 1910, but at that time this was consid­ered too remote a spot to be of interest to property developers.

It wasn’t until the decade before the Second World War that the coun­try­side around the station was completely trans­formed, mainly by TF Nash, Harrow’s biggest interwar house­builder. Nash constructed narrow gauge railway sidings at High Worple to bring in materials for the project and created the shopping parade on Alexandra Avenue.

FE Bromige’s Grosvenor (later Odeon) is one of London’s finest suburban cinema buildings. Opened in 1935, its art deco frontage features an abstract repre­sen­ta­tion of an elephant’s trunk. The building is now a centre of worship for members of the Zoroas­trian faith. 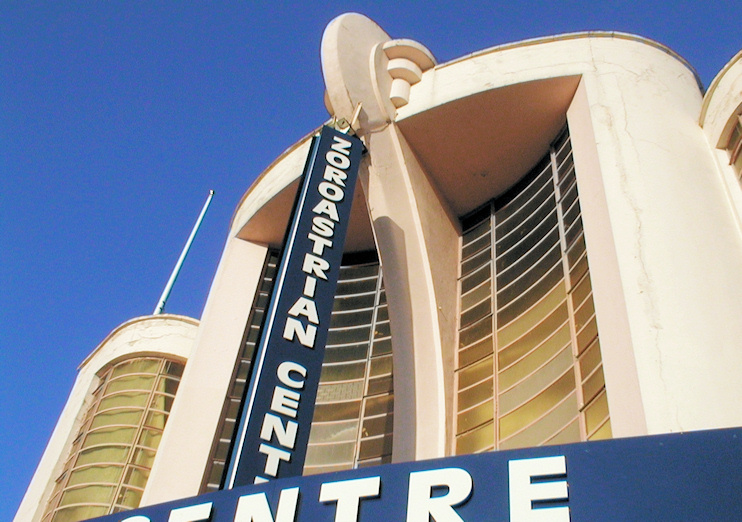 The locality has a strong Asian and Asian British community – most of whom are of Indian birth or descent. According to the 2011 census, 35 per cent of Rayners Lane’s residents are Hindus and 34 per cent are Chris­tians. Only 0.3 per cent are Zoroas­trians – but this is the highest propor­tion of any ward in London. Neigh­bouring Pinner South has the second highest percentage.

* The picture of Rayners Lane at the top of this page is adapted from an original photograph, copyright Marathon, at Geograph Britain and Ireland, made available under the Attribution-ShareAlike 2.0 Generic Licence. Any subsequent reuse of the image is hereby freely permitted under the terms of that licence.