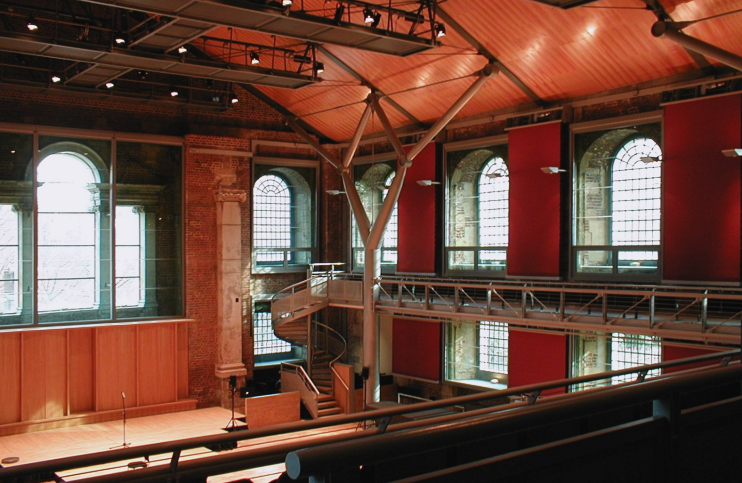 After the marshes here were drained in the 16th century, a hospital was built for plague victims, which stood until 1736. To the south, the Greycoat charity school was founded on Golden Lane in 1698. It became the St Luke’s charity school in 1732 and moved to Old Street in 1870. After a fire in 1881 the school relocated to Radnor Street, where it remains today.

From medieval times until the slum clearance programme of the 1870s its position on the edge of the City made the St Luke’s locality a haven for all kinds of prohib­ited activ­i­ties, from astrology and wizardry to bear-baiting and pros­ti­tu­tion. Thieves and pick­pockets could make regular forays into the City and then lose any pursuer in the maze of courts and alleyways around White­cross Street, which nowadays has a more respectable weekday market. The repu­ta­tion of St Luke’s as a ‘rookery’ – a zone of crim­i­nality – reached a peak in the first half of the 19th century. ‘Flash houses’ – drinking dens and lodging houses where criminal plans were laid and stolen goods fenced – were more numerous here than anywhere else in London.

By 1900 southern St Luke’s had become a district of workshops and ware­houses, with new tenement blocks providing homes for law-abiding citizens. However, many of the worst elements simply decamped to the other side of Old Street and this part remained disrep­utable until the 1930s.

Completed in 1733, St Luke’s church is attrib­uted to Nicholas Hawksmoor and John James. Its tower is a fluted obelisk topped by a golden dragon that cockneys to this day insist is really a plague flea. Subsi­dence problems led to the church’s closure in 1959, and the removal of its roof. It lay derelict until 2003, when an education centre and rehearsal hall (shown in the photo above) for the London Symphony Orchestra were built in its shell. The grade I listed exterior has been faith­fully restored and a new extension added.