A fast-growing residential district situated north-east of Hayes, of which it was formerly a sub-manor 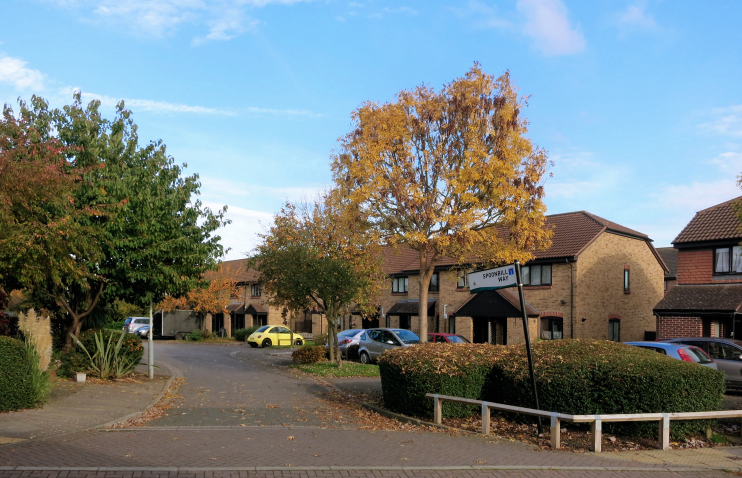 Yeading Brook, which separates the district from Hayes, rises in Harrow and joins the Grand Union Canal just to the south-west of Yeading. In 757 Aethel­bald, King of Mercia, made a grant of land that mentioned Geddinges, as Yeading was then known. A survey of Hayes conducted in the late 16th century did not mention Yeading and a century later it was the smallest hamlet in the manor, with just 13 householders.

Brick­fields and brick­makers’ cottages and the Union inn were in existence by the late 1820s. In his Handbook to the Environs of London, published in 1876, James Thorne commented that Yeading’s few inhab­i­tants were “always found civil.” A temporary smallpox hospital was built at this isolated spot in 1903 and the village had only 20 dwellings in 1938. After the Second World War, housing estates – first municipal and then private – spread across to the canal. Roman Catholic and Anglican churches were built in 1961.

House­building has continued into the 21st century wherever space permits – and a whole new half of Yeading has evolved in the area between the A312 Parkway and the Paddington branch of the Grand Union Canal.

Yeading’s residents come from a variety of social and cultural back­grounds. According to the 2011 census, largest ethnic group is white British (28 per cent), followed by those of Indian birth or descent (20 per cent). There’s a broad spread of religious beliefs, as the table below shows. Spring­field Road has the country’s first state-funded Sikh primary and secondary schools, the Guru Nanak.

* The picture of Spoonbill Way, Willow Tree Lane Estate, on this page is adapted from an original photograph, copyright Des Blenkinsopp, at Geograph Britain and Ireland, made available under the Attribution-ShareAlike 2.0 Generic Licence. Any subsequent reuse is freely permitted under the terms of that licence.