‘The 50p building’ is a nickname for the office tower properly called No.1 Croydon, previ­ously the NLA Tower, which is located near East Croydon station at at 12–16 Addis­combe Road.

Completed in 1970, its 23 multan­gular storeys bear a vague resem­blance to a stack of alter­nately arranged fifty pence coins. It was earlier nicknamed the ‘wedding cake’ and the ‘three­penny bit building’.

For some while consid­ered an eyesore, the building has come to be regarded more fondly, espe­cially since a clean-up in 2006.

“French president Nicolas Sarkozy has revealed he is planning to take inspi­ra­tion from such wonders as the Whitgift Centre and the NLA Tower – more affec­tion­ately known by locals as the 50p building – for the future of Paris.” 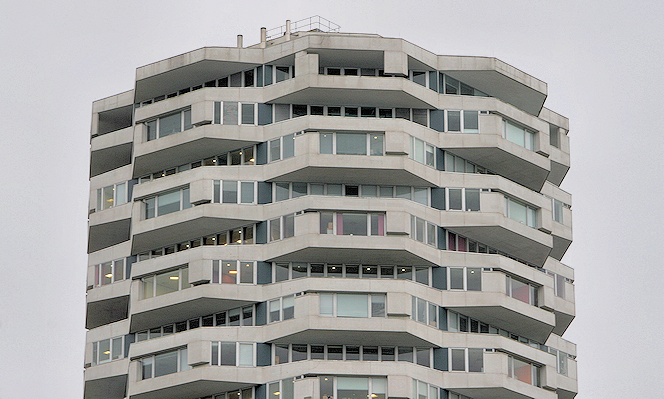