Several former London pubs were called the Anti­gal­lican, a name derived from hostility towards the French around the time of the Napoleonic Wars. The most notable of these was the Anti­gal­lican Tavern, an estab­lish­ment of dubious repute that stood in the now-lost Shire Lane near Temple Bar.

The Anti­gal­lican Hotel in Charlton may have been so named by a French émigré landlord who was anxious to demon­strate his loyalty to the Crown. The present building (shown in the photo below) dates from around 1900. 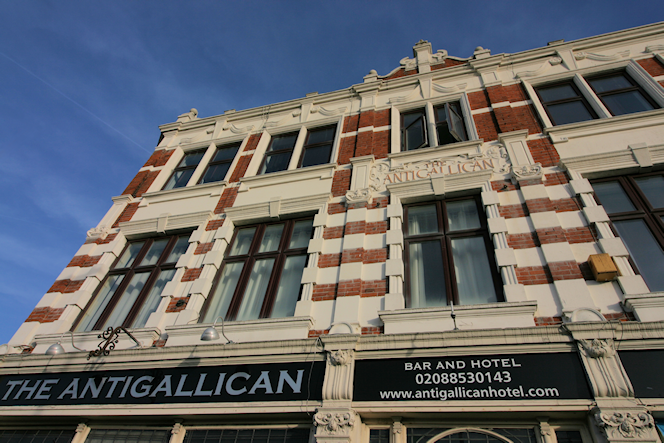