‘Blue borough’ is a contem­po­rary urban slang term for the London Borough of Lewisham, from the vivid shade of cyan used for much of its street furniture, from signage to litter bins. The term ‘blue borough’ is much used by local musicians favouring urban genres such as grime.

By the same token, black and green respec­tively define neigh­bouring Southwark and Greenwich, although municipal colour co-ordi­na­tion in these boroughs is less single-minded than in Lewisham. 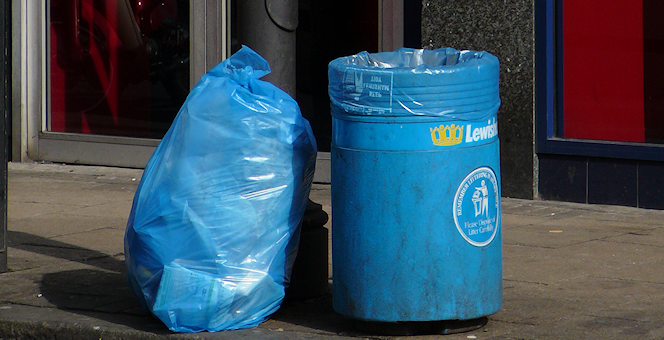