The extremely large church of Christ the King was designed by John Raphael Brandon in 1853 for the Catholic Apostolic Church.

John Betjeman called it “without a doubt, the grandest church in London of the pioneer days of the Gothic Revival,” and he explained that “the church was built for the noble ritual of the Catholic Apostolic Church, which was a mixture of our own, the Roman Catholic, and the Orthodox liturgies.”

Christ the King was desig­nated a grade I listed building in 1954.

From 1963 to 1994 the church was the base for the Univer­sity of London Anglican Chap­laincy. It is now used by Forward in Faith, a tradi­tion­alist branch of the Church of England. 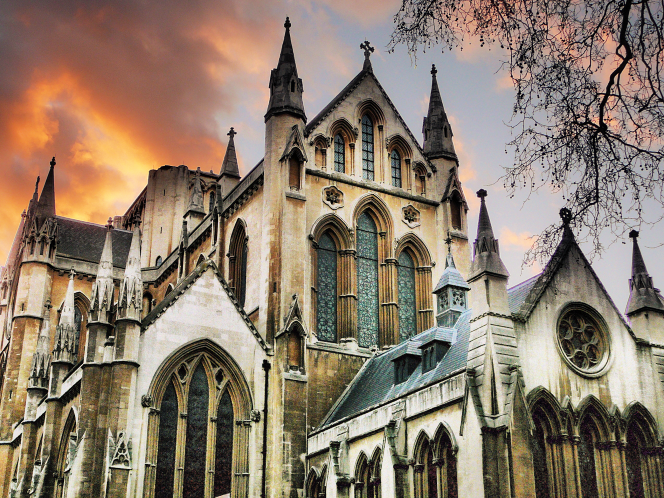