The London Coliseum is a capacious West End theatre on St Martin’s Lane. Designed by Frank Matcham (1854–1920) and opened in 1904, it orig­i­nally offered a mix of music hall and variety theatre. During the Second World War the building served as a canteen for air raid wardens. After 1945 the theatre mostly staged American musicals and then became a cinema for seven years from 1961.

In 1968 the theatre reopened as the home of the Sadler’s Wells opera company, which in 1974 became English National Opera. ENO specialises in producing operas sung in English and company tries to make its produc­tions afford­able and acces­sible to everyone – including offering discounted tickets to students and under-30s in a scheme it calls ‘Access all Arias’.

With 2,359 seats, this is the largest theatre in London and it underwent complete and authentic restora­tion at the beginning of the 21st century. A staircase planned by Frank Matcham was finally installed to his original specifications.

The Coliseum’s most instantly recog­nis­able external feature is the globe with which it is surmounted. This used to revolve, but West­min­ster council put a stop to such frivolity.

Guided tours are conducted on several days of most months, at a reason­able price. The tours – which have to be booked in advance – take in the Gentleman‘s Baronial Smoking Hall, Stoll’s Balcony, some private rooms, the Upper Glassed Terraces, and the warren of stair­cases backstage and under­neath the revolving stage and orchestra pit (when possible). For more details, visit the ENO website. 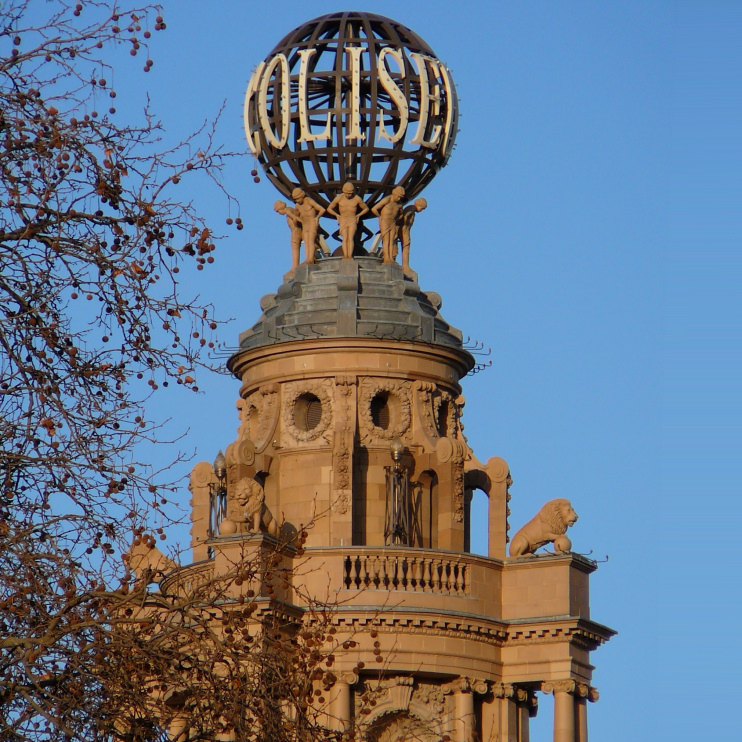