Giro the so-called Nazi dog was the pet terrier (not an alsatian, as some have claimed) of the German ambas­sador to the Court of St James’s in 1932–6, Leopold von Hoesch. The ambas­sador was in fact said to have disliked the Nazis and there is no record of the dog’s political opinions.

When Giro chewed through a cable and died from elec­tro­cu­tion in February 1934, Hoesch had his remains buried in the gardens of Carlton House Terrace, part of which was home to the German Embassy until the outbreak of the Second World War. The ‘Nazi dog’ appel­la­tion has been popu­larised in the context of Giro’s diminu­tive tombstone, which has become a desti­na­tion for those seeking out London’s most obscure and offbeat sights. The dog’s memorial reads, ‘Ein treuer Begleiter!’ (A faithful companion). The grave is located behind railings near the Duke of York’s Column.

“He was given a full Nazi burial and his grave lies in what was once the front garden to No.9, now a small space between the Duke of York steps and a garage ramp … This is London’s sole Nazi memorial, situated somewhat inap­pro­pri­ately in an area filled with monuments to heroes of the British empire.” 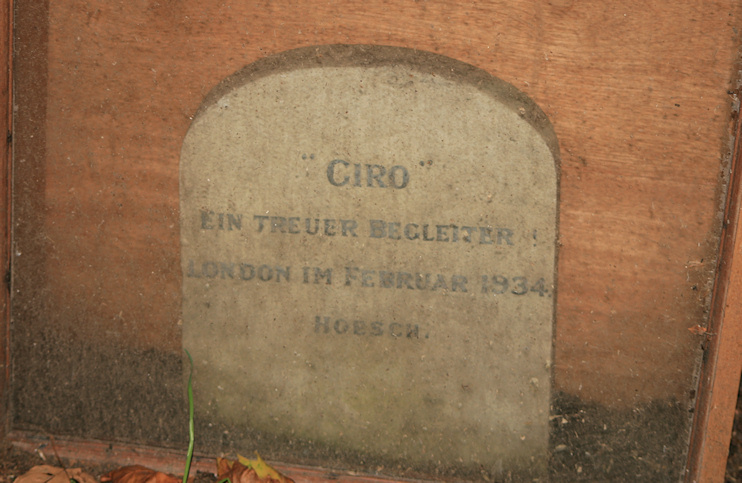