HMS Belfast is a nine-deck Royal Navy cruiser, commis­sioned in 1939. During the Second World War it took part in the Battle of the North Cape and in the Normandy landings.

Since 1971 it has been moored on the Thames, adjacent to Queen’s Walk near Tower Bridge, and is open to the public daily (for a fee), except at Christmas. It is managed by the Imperial War Museum and offers visitors the chance to “discover the stories of life on board this warship during the Second World War and beyond. Imagine sleeping in one of the tightly packed hammocks during duties in Arctic waters, or being stationed deep in the bowels of the ship when she opened fire in support of Allied troops on D‑Day.” There’s an inter­ac­tive Oper­a­tions Room and a ‘Gun Turret Experience’.

Private tours can be arranged and various special events are held, including educa­tional talks.

The guns in both the ship’s turrets are trained and elevated onto the London Gateway service station on the M1 motorway, some 12½ miles (20 km) distant. 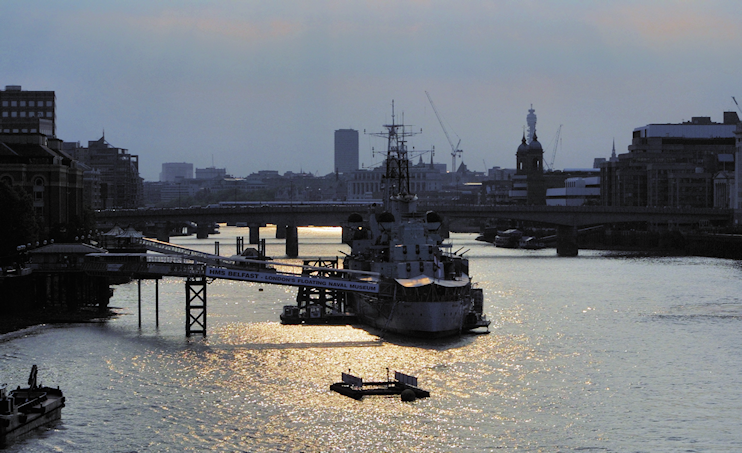