The London Eye is a glorified ferris wheel that was erected on the South Bank adjacent to County Hall in 2000 to celebrate the Millen­nium. Owing to spon­sor­ship by a utilities company its formal name is presently the EDF Energy London Eye.

Designed by David Marks and Julia Barfield, it is the world’s largest cantilevered obser­va­tion wheel. The 32 glass capsules complete one revo­lu­tion every half an hour, giving their occupants (a maximum of 25 apiece) an unpar­al­leled array of often surprising London vistas.

Itself visible across the rooftops from many parts of the capital, it quickly became a London landmark, and what was intended to be a brief existence has been extended until at least 2031. The appear­ance (often temporary) of similar wheels in cities around the world is testament to the Eye’s success.

During London’s New Year’s Eve fireworks display the Eye is nowadays trans­formed into a gigantic Catherine-wheel, a telegenic gimmick that ensures its appear­ance in news bulletin clips around the world. 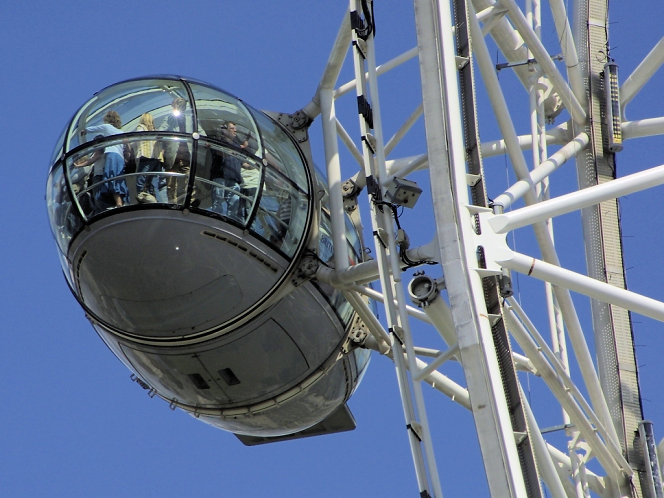