The Natural History Museum is the largest natural history collec­tion in the world, with over 70 million specimens, based on the Cromwell Road in South Kens­ington. It orig­i­nated with the collec­tion of natural curiosi­ties left to the nation by Sir Hans Sloane in 1753. This at first formed part of the British Museum but as other collec­tions were added the govern­ment agreed to fund a purpose-built home that was designed in German Romanesque style by Alfred Water­house (1830–1905) and opened in 1881.

The neigh­bouring Geolog­ical Museum, on Exhi­bi­tion Road, merged with the Natural History Museum in 1985 and is now referred to as the museum’s ‘Red Zone’. The Darwin Centre is a newly built extension to the NHM that serves as a research centre and houses 20 million insect and plant specimens. Its showpiece is a public viewing gallery that takes the form of an eight-storey cocoon in its atrium. 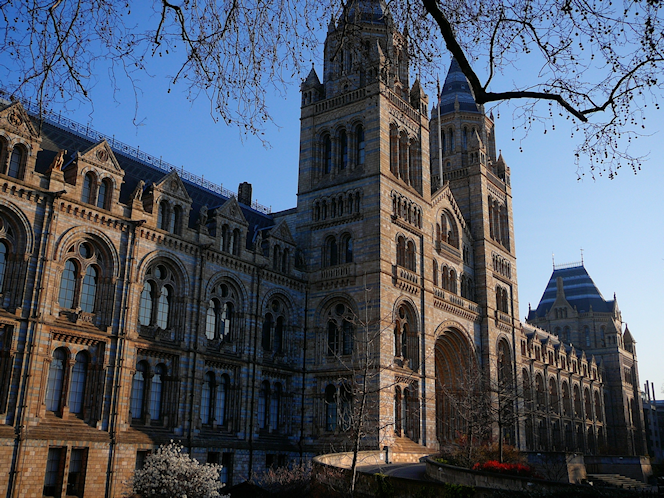