The Oxford and Cambridge Univer­sity Club was founded in 1830 and eight years later moved into its magnif­i­cent, purpose-built home at 71 Pall Mall (seen from the rear in the photo below).

The clubhouse was designed by Robert and Sydney Smirke in the Greek Revival style that was fash­ion­able at the time. It was Sydney’s first important commis­sion and – although his better-known elder brother gets most, if not all, of the credit nowadays – it was said at the time that Sydney was primarily respon­sible for the facade.

Writing in 1836, Theodore Foster cautioned against “the danger of people going away with the impres­sion, from the name of the club, that its members are essen­tially literary men” and this warning may still apply today. According to the club’s website, the clubhouse has benefited from various “exten­sions and discrete improve­ments”, though it probably means “discreet”.

The club has amal­ga­mated with or absorbed several similar insti­tu­tions over the years, most recently the United Univer­sity Club in 1972, when it dropped the word ‘Univer­sity’ and became the Oxford and Cambridge Club.

In 1996 the Oxford and Cambridge Club voted to allow women full member­ship rights, graciously permit­ting them “unhin­dered access to all areas”, to again quote from the website. 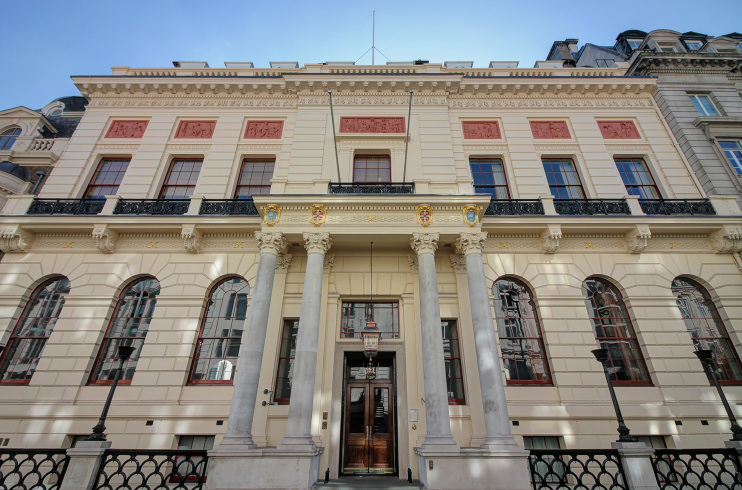