In 1860 a seces­sionist group of Congre­ga­tion­al­ists estab­lished the Union Church at the corner of Putney’s Ravenna Road and the Upper Richmond Road. The church was built by the mega-contractor Samuel Morton Peto.

By the 1950s the dwindling congre­ga­tion had abandoned the church and it was acquired in 1963 by the London County Council. In the following year a newly formed young people’s theatrical company calling itself Group 64 (after the year) leased the building.

Group 64 staged its first perfor­mance here in 1968, ulti­mately purchasing the freehold and giving the building its present name in 1999. At the same time, older local thespians united to form the Putney Theatre Company, also based here.

The former church has been progres­sively adapted to suit its new purpose and now has two perfor­mance spaces, workshop facil­i­ties and an exhi­bi­tion space for local artists. The theatre also hosts produc­tions by other amateur companies and aims to be the borough’s principal venue for non-profes­sional community theatre. 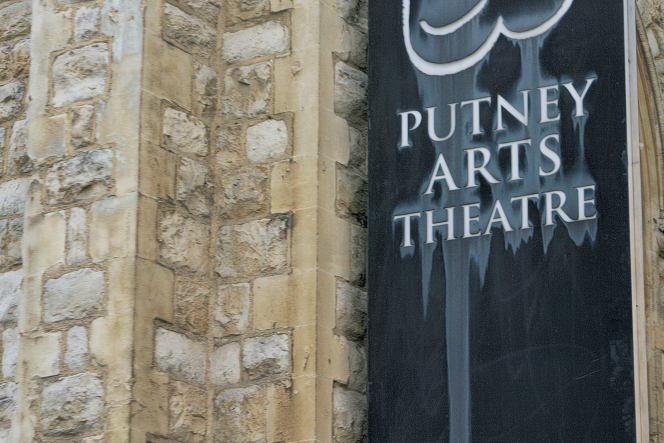