The Royal Academy of Dramatic Art is Britain’s leading drama school. It was founded in 1904 by the actor Sir Herbert Beerbohm Tree in the dome of His Majesty’s Theatre in the Haymarket. Later in its first year it trans­ferred to a Georgian house at 62 Gower Street.

In 1912 George Bernard Shaw donated the royalties from Pygmalion to the academy, and it later benefited substan­tially from the success of My Fair Lady. Shaw gave occa­sional lectures to the students, including one called ‘Elemen­tary Economics for Actors’.

During the 1920s a theatre was added on Malet Street, backing onto the Gower Street premises.

The academy was granted a royal charter by George V in 1920 and for many years was run by Sir Kenneth Barnes (1878–1957), under whom its theatre, the Vanbrugh – named after his sisters, the actresses Irene and Violet Vanbrugh – was built to replace the earlier one, which had been destroyed in the Blitz. Now called the Jerwood Vanbrugh Theatre, it was rebuilt again in 2000, when the rest of the academy was throughly refurbished. 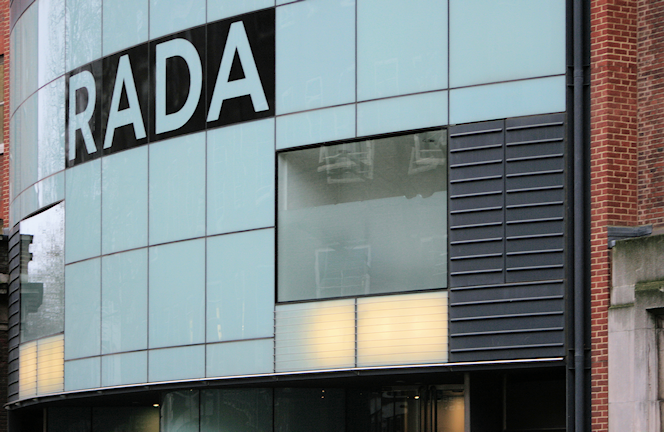