The Saatchi Gallery is a contem­po­rary art gallery estab­lished in 1985 by the adver­tising mogul Charles Saatchi (b.1943).

Its first premises were in Boundary Road, St John’s Wood, where the gallery played a prominent role in the promotion of Britart, exhibiting works by Damien Hirst, Tracey Emin, Rachael Whiteread, Sam Taylor-Wood and the Chapman brothers (Jake and Dinos), et al.

The Saatchi Gallery aims to provide an inno­v­a­tive forum for contem­po­rary art, presenting work by largely unseen young artists or by inter­na­tional artists whose work has been rarely or never exhibited in the UK. Admission is free to all shows – including temporary, curated exhi­bi­tions – resulting in high atten­dance figures. 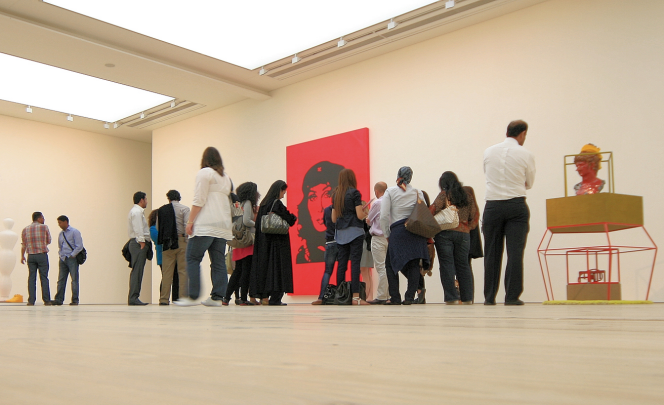