The Shard was orig­i­nally a nickname – and is now the formal appel­la­tion – for the skyscraper situated at 32 London Bridge Street, designed by the Italian architect Renzo Piano. The main part of the building, which was to have been called London Bridge Tower, is a soaring glass-clad spire with a jagged tip.

There is some debate over who first used the term ‘shard of glass’ to describe the building, but it was certainly employed at an early stage and with disparaging intent by English Heritage, which vainly opposed the project.

The Shard is by far London’s tallest structure, at 1,016 feet (310 metres). When it is fully completed, most of the tower will office space but the upper floors will include a hotel and luxury apart­ments. Nearer the ground, a retail wonder­land awaits. A public viewing gallery opened in February 2013. 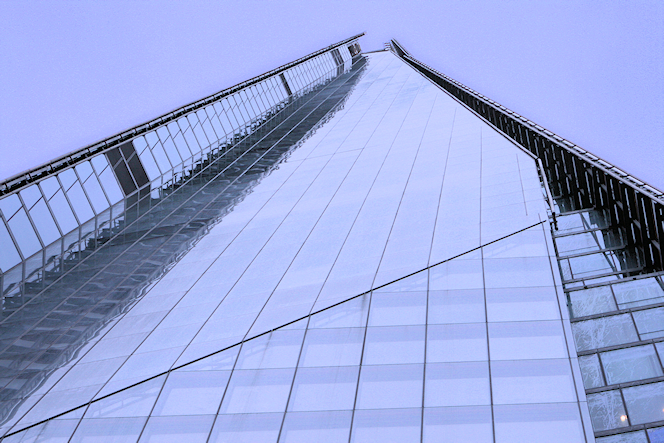