Emanuel Sweden­borg was a fasci­nating character, whom Jorge Luis Borges called ‘the most extra­or­di­nary man in recorded history’. Born in Stockholm in 1688, Sweden­borg gained an enviable repu­ta­tion as a scientist and inventor before under­going a spiritual trans­for­ma­tion in the mid-1740s and pouring out hundreds of essays and dozens of books on all aspects of what was essen­tially an entirely new form of Chris­tianity. He died in London in 1772 – appar­ently on the precise day he had predicted some time earlier.

The Sweden­borg Society was founded in 1825 with the primary aim of trans­lating his works into English and keeping as many as possible of them in print.

The society’s grade-II listed home is located at 20–21 Blooms­bury Way. Regret­tably, it is something of a disap­point­ment. In contrast to the impres­sion given by its welcoming street­front bookshop, most of the building is in need of tasteful refur­bish­ment and the restora­tion of what remains of its period features, while throwing out some of the less pleasing 20th-century additions, many of which are in a depressing state of disrepair. The lecture hall (which hosts occa­sional talks, readings, perfor­mances and film screen­ings) has appar­ently been described in The Guardian as “one of London’s most atmos­pheric venues” – but this must have been said a long time ago. Given the remark­ably generous bequests made by some of the society’s past adherents it is to be hoped that a radical makeover may prove affordable. 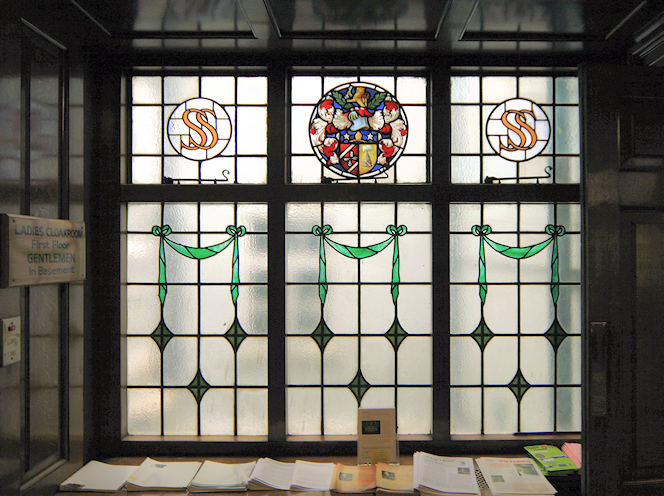