Traitor’s (or Traitors’) Gate was a watergate – orig­i­nally simply called the Water Gate – beneath St Thomas’s Tower at the Tower of London.

The gate was built in the late 1270s on the orders of Edward I to provide a conve­nient means by which he could arrive by barge. It acquired its present name as the Tower evolved into a place of impris­on­ment – and sometimes torture – for those accused of treason, notably in the 16th century during the reigns of Henry VIII and Elizabeth I.

The prover­bial saying ‘a loyal heart may be landed at Traitor’s Gate’ was first quoted (as ‘a loyal heart may be landed under Traytor’s Bridge’) in Thomas Fuller’s History of the Worthies of England (1662). The fact that Fuller could put this in print indicates that the gate’s use for this purpose could by then be safely regarded as a thing of the past, though impris­on­ment and execution at the Tower continued inter­mit­tently until the German spy Josef Jakobs was shot by firing squad in 1941.

The archway was bricked up in the mid-19th century because the embank­ment works caused the river to run deeper, making the gate of little practical use for would-be visitors – trai­torous or not – at most phases of the tide.

On through that gate misnamed, through which
Went Sidney, Russell, Raleigh, Cranmer, More,
On into twilight within walls of stone,
Then to the place of trial; and alone … 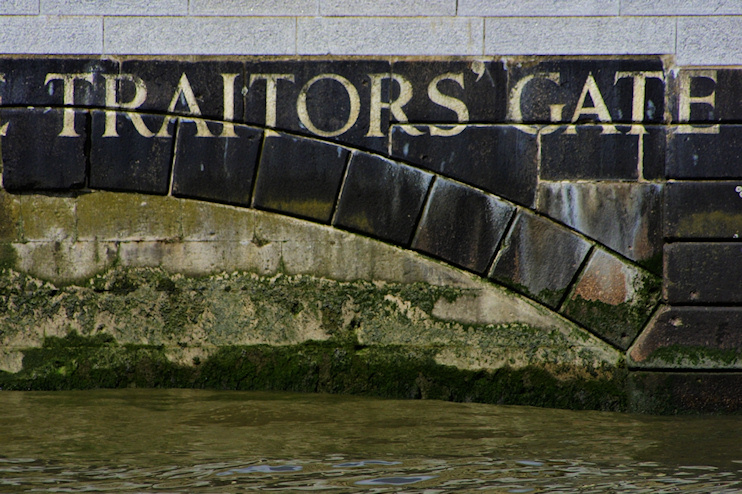