Wigmore Street is a commer­cial thor­ough­fare in southern Maryle­bone, extending from Portman Square eastward to Cavendish Square. Edward Harley, who owned and developed this area, was Earl of Oxford and Mortimer and Baron Harley of Wigmore Castle (in Herefordshire).

Wigmore Hall is an inti­mately propor­tioned concert hall located on the north side of Wigmore Street, just east of the junction with Welbeck Street. Built by the piano firm Bechstein next to its showrooms, it opened in 1901 as the Bechstein Hall. Because the business was German-owned it was seized by the govern­ment during the First World War and the building and its contents were sold to Debenhams depart­ment store for a fraction of their true value. The venue reopened as Wigmore Hall in 1917 and nowadays aims to be the national concert hall for chamber music and song. 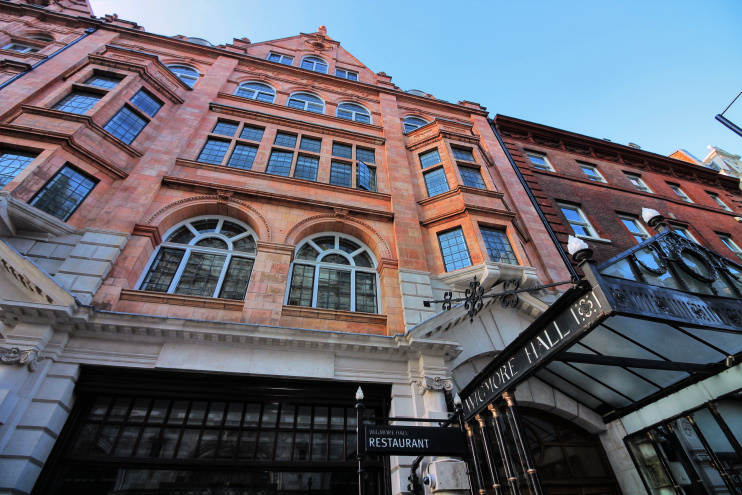