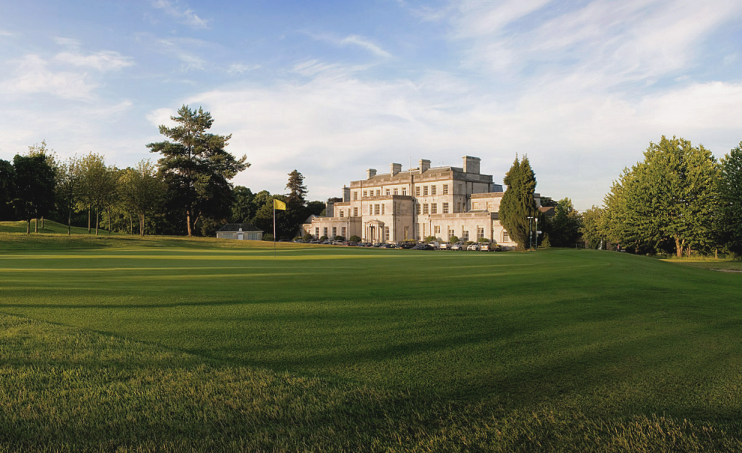 Addington’s name relates to a Saxon landowner and the manor was mentioned in Domesday Book as being held by Tezelin, the king’s cook. This was later the site of one of Henry VIII’s hunting lodges.

Addington Palace, a rather plain mansion built in 1780 with grounds land­scaped by Capa­bility Brown, was a home of the arch­bishops of Canter­bury in the 19th century. During the following century it was succes­sively a diamond merchant’s home, a Red Cross hospital, a hotel and a music college, and is now an events venue, notably for weddings.

Five arch­bishops of Canter­bury are buried at St Mary the Blessed Virgin and are remem­bered in many memorials, deco­ra­tions and windows around the church, which dates from 1080 but is now mainly Victorian, following extensive renovations.

Addington has a cricket club founded in 1743 and several golf courses in the surrounding parkland, including one in the grounds of the palace, shown in the photo at the top. Addington Hills are to the west, near Upper Shirley.

The village has kept itself at arm’s length from the much larger settle­ment of New Addington to the south-east, but has suffered a decline with the loss of its school and village shop. The arrival of the Croydon Tramlink helped Addington’s acces­si­bility, but the stop is not conve­niently situated because the line needs to bear south­wards for New Addington.

A ghost story told at Addington by the Archbishop of Canterbury to Henry James inspired the author to write ‘The Turn of the Screw’.