A Victorian and interwar extension of Croydon, which lies to its west 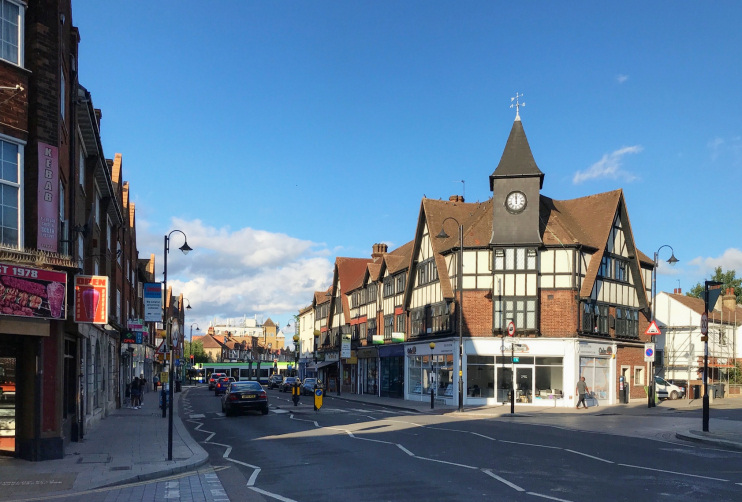 Although there is no record of Addis­combe’s existence before the 13th century, it may take its name from the same landowner who earlier gave his name to Addington.

Addis­combe Place was a grand mansion built in 1703 by William Draper, son-in-law of the diarist John Evelyn. It later became home to Lord Hawkes­bury, whose gardener James McPhail shaped the destiny of British sand­wiches and salads with his Treatise on the Culture of the Cucumber, describing an “advan­ta­geous method of culti­vating that plant.”

Lord Liverpool lived at Addis­combe Place for many years before he became prime minister and often enter­tained George III there.

In 1809 the East India Company estab­lished its military seminary at Addis­combe Place. Among the college’s distin­guished staff was the chemist Edward Frankland, ‘the father of valency’.

The college closed in 1861 and the training of Indian Army officers trans­ferred to Sandhurst. Within a few years, six new roads lined with villas had replaced Addis­combe Place and most of its outbuild­ings. Ashleigh and India, a pair of houses built in 1848 as homes for profes­sors, remain today on Addis­combe Road. The parts of Addis­combe that had not been built up with Victorian terraced houses were filled by detached and semi-detached houses during the 1930s.

Addis­combe tramstop stands on the site of the former Bingham Road station, while the old Addis­combe station has been demol­ished and replaced by housing. Croydon council has created a four-acre linear park between Morland Road and Dalmally Road on the site of the former railway line. New trees and shrubs have been planted and the park has a footway and cycle track along its length.

DH Lawrence lodged at 12 Colworth Road from 1908 to 1912, while teaching at Davidson Road school (which no longer exists). In his spare time he worked on drafts of his first novel, The White Peacock.

* The picture of Addiscombe shops on this page is adapted from an original photograph, copyright WisDom-UK, at Wikimedia Commons, made available under the Attribution-ShareAlike 4.0 International Licence. Any subsequent reuse is freely permitted under the terms of that licence.