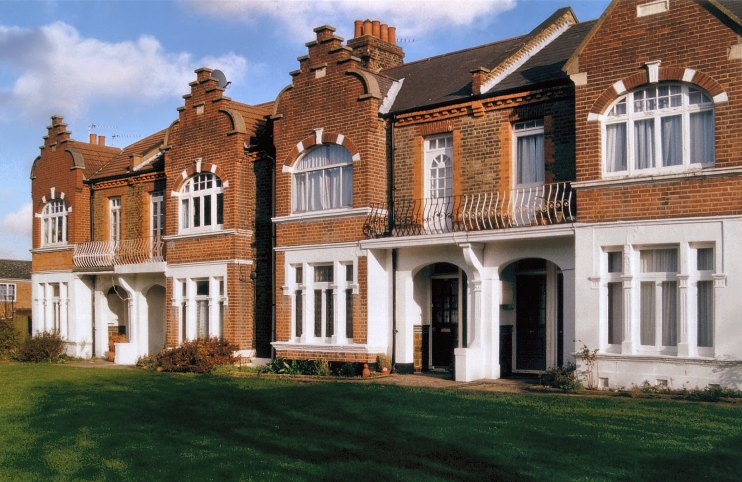 Orig­i­nally a private drive leading to the long-gone Bedford­hill House, Bedford Hill takes its name from the dukes of Bedford, who owned an estate here in the 18th century.

The Priory is a Gothic villa built in 1822 on the edge of Tooting Bec Common, and a rare survivor of its kind. The house was the scene of the myste­rious death of Charles Bravo in 1876. Bravo was probably poisoned by his wife but there were other suspects with their own potential motives. No one was ever convicted of the crime, which has since been the subject of print and tele­vi­sion investigations.

Most of the hill was built up in the last quarter of the 19th century, notably by Alfred and George Heaver, whose Bedford Hill estate consisted of six roads of gener­ously propor­tioned red-brick houses. The Priory was converted to flats in 1982, and houses have been built in its grounds.

Plans to turn a minor offenders’ hostel into a reha­bil­i­ta­tion unit for dangerous offenders, including rapists and paedophiles, prompted demon­stra­tions and blockades in 2001; the Home Office subse­quently put the proposal on ice.

Many of the shops and eateries at the southern end of Bedford Hill have soared upmarket in recent years, in line with Balham’s growing trendi­ness. The Bedford, at 77 Bedford Hill, is a former Evening Standard pub of the year that once had a seedy repu­ta­tion. Nowadays it’s a popular venue for live music, comedy and other forms of entertainment.