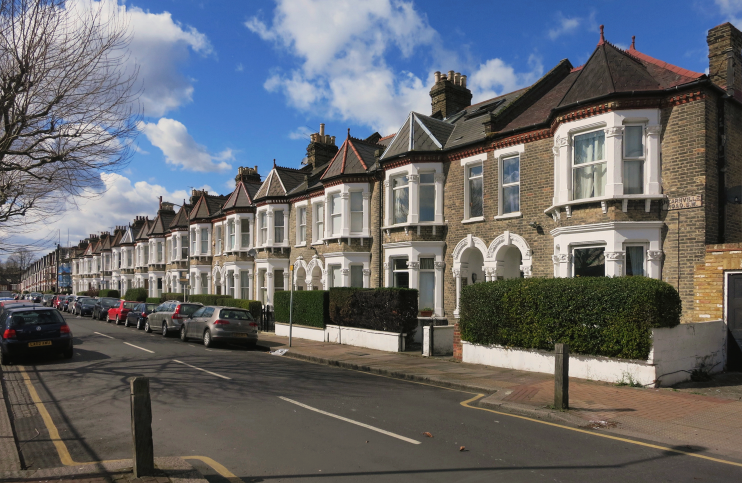 Bael­genham, which probably meant ‘smooth or rounded enclosure’, was estab­lished around the eighth century, when woodland still covered much of the area. It remained an insignif­i­cant hamlet until the mid-1770s, when the first large houses began to appear on Balham Hill.

St Mary’s church opened for worship in 1808 as a propri­etary chapel. It was enlarged in 1824 and has been modified several times since then.

Continued growth led to the estab­lish­ment of shops, with more than 20 busi­nesses operating by the 1820s. More villas followed, often with fine gardens. Of the few that remain from the early 19th century, the best and least altered is Mans­bridge House (presently called Swan House), at 207 Balham High Road. It is now home to the Eveline day school. A few more late-Georgian survivors are clustered along Balham Grove and Old Devon­shire Road.

The villas began to be overrun by suburban house­building following the arrival of the railway in 1856 (a year after St Mary’s was given its own parish). Towards the end of the 19th century the Hyde Farm and Heaver estates completed the build-up.

Designed by Charles Holden, Balham tube station opened in 1926 on the Morden extension of what became the Northern line.

20th-century resi­den­tial construc­tion projects mainly involved the replace­ment of existing prop­er­ties, in some cases with blocks of flats – of which the most monu­mental is Du Cane Court (1935–8). Inevitably, more apartment blocks have followed in the 21st century.

The Inner London Education Authority greatly expanded Balham secondary school in 1975, erasing Kate Street and Dendy Street (and all their houses) in the process. It was renamed Hydeburn school (after a stream that ran nearby), which has since evolved into Chestnut Grove Academy.

Balham was harshly described as “the ugliest and most abom­inable of London’s unpleasing suburbs,” by Swallows and Amazons author Arthur Ransome who stayed here briefly. Nikolaus Pevsner rated the Odeon (later Liberty) cinema as the only building of archi­tec­tural interest on Balham Hill – but a) it’s pretty much in Clapham (despite its SW12 address) and b) it’s now a wine warehouse, with flats above and behind. Balham’s half-dozen other former cinemas have all been demol­ished, mostly to make way for shops.

Balham was famously dubbed the ‘Gateway to the South’ in Peter Sellers’ rendition of a sketch by Frank Muir and Denis Norden, delivered in ‘American travelog style’.

* The picture of Hearnville Road on this page is adapted from an original photograph, copyright Des Blenkinsopp, at Geograph Britain and Ireland, made available under the Attribution-ShareAlike 2.0 Generic Licence. Any subsequent reuse is hereby freely permitted under the terms of that licence.