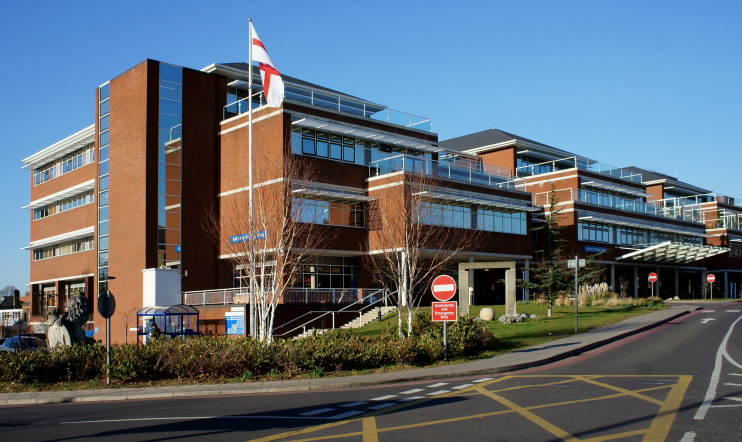 The name is of uncertain Anglo-Saxon origin and may have referred to ‘the people of the lookout place’. The manors of Tooting (subse­quently Tooting Graveney) and Tooting Bec were in existence by the time of Domesday Book and each became the centre of a farming village over the course of the Middle Ages, in the valleys of the Wandle and Graveney rivers.

In the 18th century country homes began to appear, including Hill House at Tooting Graveney and Furzedown House in the locality that bears its name. Houses also lined the High Street and a few of these early buildings have survived.

The area attracted some villas and insti­tu­tions from the mid-19th century, when Charles Dickens’ essay The Paradise at Tooting exposed the wrong­do­ings at a farming estab­lish­ment for pauper children on Tooting Broadway.

Tooting Junction station opened in 1868 on the Tooting, Merton and Wimbledon Railway. This did not imme­di­ately stimulate suburban growth but later in the 19th century the area between the station and Tooting Broadway became the first part of Tooting Graveney to be filled with suburban housing.

Meanwhile, devel­op­ment spread towards Tooting Bec from Balham, although Tooting Common was preserved as open space. The mainline station was relocated to its present position in 1894 and renamed Tooting.

The London County Council built a cottage estate at Totter­down Fields in the early years of the 20th century, and the huge Tooting Bec lido opened in 1906, on the far eastern edge of the district.

The arrival of the Under­ground in 1926 completed Tooting’s trans­for­ma­tion from a pair of villages into a London suburb; the medieval parish church was replaced and the fabulous Granada cinema was built on the Broadway.

Later resi­den­tial devel­op­ment has mostly involved the replace­ment of former insti­tu­tional buildings, including hospitals – although St George’s remains and is one of the biggest hospitals in the country. Its Atkinson Morley wing is shown in the photo­graph at the top of the page.*

Tooting has been called ‘Little South India’ for the size of its Asian – partic­u­larly Tamil – popu­la­tion and for its variety of afford­able South Indian restau­rants. The main streets have shops special­ising in Asian sweets and other comestibles, jewellery and saris.

In recent years the district has also acquired a ‘hipster’ contin­gent and has appar­ently been dubbed ‘the new Shored­itch’ – unlikely as that may sound. Equally unex­pect­edly, travel guide Lonely Planet named Tooting as one the world’s coolest neigh­bour­hoods in August 2017.

Perhaps because it has a silly sounding name, Tooting has been the setting for several television comedies, including Hugh and I and Citizen Smith, which used the Castle public house for location scenes. That pub is said to have been opened by John Wayne. (Other sources say he was a regular here. Hidden London does not believe this.)

Tooting is (little-used) cockney rhyming slang for a light kiss, from Tooting Bec – a peck.

* The picture of St George’s Hospital at the top of this page is modified from an original photograph, copyright Peter Trimming, at Geograph Britain and Ireland, made available under the Attribution-ShareAlike 2.0 Generic Licence. Any subsequent reuse is freely permitted under the terms of that licence. The photo of the Tooting Broadway signpost is copyright Hidden London.