The northern part of Tooting, also known as Upper Tooting† 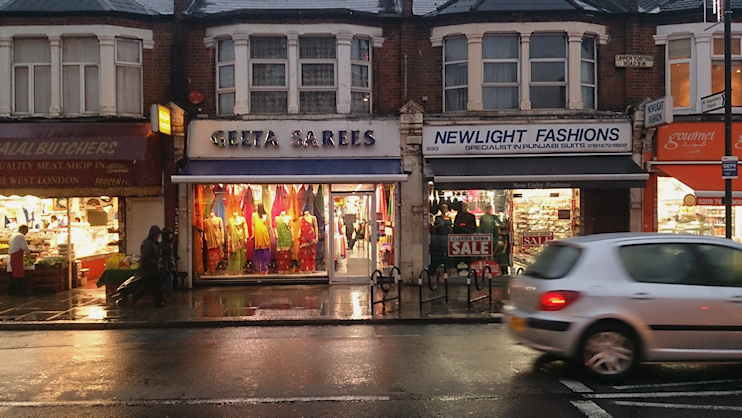 At the time of Domesday Book, there were two Tooting manors. The more northerly of the pair was given by William the Conqueror to Richard of Tonbridge, who in turn endowed it to the abbey of Notre Dame du Bec in Normandy. There is spec­u­la­tion that the monks of Bec may have estab­lished here a priory around which a settle­ment coalesced in the 12th century, but if this is the case its site has not been located.

By the 16th century Tooting Bec was the largest village in the parish of Streatham. The manor passed through various monastic and secular hands before and after the Refor­ma­tion, ending up as part of the Duke of Bedford’s extensive holdings in the area.

The Metro­pol­itan Board of Works acquired Tooting Bec Common in 1873.

Poor drainage delayed suburban devel­op­ment in Tooting Bec until the problem was overcome in the late 19th century. At that time the grandest villa was Park Holme, which may have occupied the site of the medieval manor house.

Tooting Bec asylum was built in 1903 on the site of another building referred to as a manor house but lacking histor­ical justi­fi­ca­tion for the name.

Tooting Bec lido opened in 1906 and the South London swimming club was formed there the same year. The pool is the widest in Europe and one of south London’s most delightful leisure amenities.

Park Holme was demol­ished in 1924 and replaced by the Bell estate, named after the house’s last owner, Eliza Bell.

Bec school was founded in 1926 – and amal­ga­mated with the adjacent Hillcroft school in 1971. The united school has since evolved to become Ernest Bevin college, which is shown in the small photo.

Tooting Bec asylum closed in 1995 and the site was rede­vel­oped by Fairview Homes as Heritage Park (a blandly generic would-be-aspi­ra­tional name), which has nearly a thousand homes.

† Originally, Upper Tooting was a hamlet consisting of a dozen or so properties clustered along the northern end of what is now Upper Tooting Road. (Lower Tooting was focussed on the vicinity of the present Tooting Broadway station.) Tooting Bec was the name of the manor but not of any specific settlement. However, once Upper Tooting’s tube station had been named Tooting Bec, residents began to use that name for the station’s neighbourhood. Hidden London considers that the two shouldn’t be identified separately (whatever the Google map below may say) and that Tooting Bec is the modern name for the expanded form of the place that used to be called Upper Tooting.

* The picture of the shops on Upper Tooting Road at the top of this page is slightly adapted from an original photograph, copyright Danny P Robinson, at Geograph Britain and Ireland, made available under the Attribution-ShareAlike 2.0 Generic Licence. The picture of Ernest Bevin college is adapted from an original photograph at Flickr, copyright Herry Lawford, made available under the Attribution 2.0 Generic licence. Any subsequent reuse is hereby freely permitted under the terms of those licences.