An extended and very attractive village situated to the west of Richmond Park, across the Thames from Twickenham

Ham’s existence was first recorded around 1150 and the name derives from the Old English hamm, which here meant ‘land in a river bend’. Henry V acquired the manor of Hamme Upkyn­ge­ston in 1415, bringing the village into a closer rela­tion­ship with the royal estate at Richmond upon Thames.

Ham House was built in 1610 for Sir Thomas Vavasour, knight marshal to James VI and I. Said to present more aspects of 17th-century life than any other house in the country, it was the meeting place of the Cabal, Charles II’s leading advisers between 1667 and 1673. Sports grounds and playing fields now surround the house, which belongs to the National Trust and is shown in the drone photo­graph above.

Other large houses appeared from the end of the 17th century – including the grade II* listed Ormeley Lodge, Sudbrook Lodge and Manor House, among several other survivors – but in 1800 Ham was still primarily rural and most of the villagers were employed in agri­cul­ture. All of Ham’s three large farms were owned by Lord Dysart of Ham House.

The grey-brick church of St Andrew was built in 1830–1 by Edward Lapidge. Cottages spread along Ham Street and by 1851 the village had 236 dwellings. 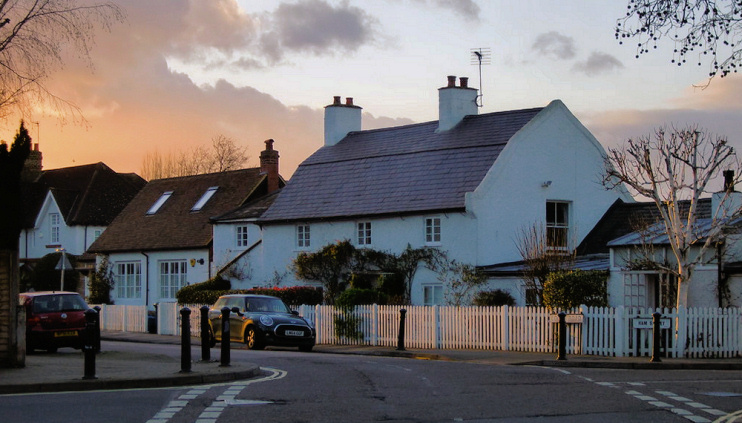 From the 1870s the farms began to convert to market gardening, culti­vating fruit, beans and cabbages. Nearer the end of the 19th century, the Dysarts began to sell their land for devel­op­ment and villas were built for the upper middle classes.

The council built some ‘homes for heroes’ after the First World War, and gravel and grit extrac­tion created large pits, which have since been filled. In 1922–3 the extrac­tion company constructed a lock and a dock, where the Thames Young Mariners are now based.

Ham polo club was founded in 1926. Polo ceased at Hurlingham and Barn Elms in 1939 and at Roehampton in 1955, so Ham is now the only place in Greater London where the game is played. 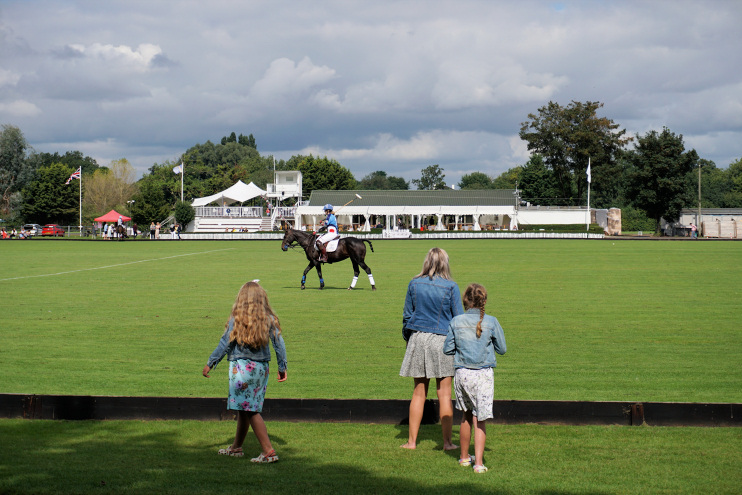 The character of the village changed radically from the late 1950s as a result of both municipal and private projects. Some of the smaller schemes were imag­i­na­tive, espe­cially those designed by James Stirling and James Gowan on Langham Close, opposite Ham Common, and by Eric Lyons on Sandpits Road and on the Parkleys estate east of Upper Ham Road.

There has been no further devel­op­ment of the meadows known as Ham riverside lands since the Locksmeade estate was contro­ver­sially approved in 1979 and completed in 1983. Elsewhere, infilling and rede­vel­op­ment continue to be closely monitored by the local amenities group and residents’ asso­ci­a­tion.

Over the course of the 20th century large parts of the riverbank became overgrown with scrub willow, horse chestnut and sycamore, which obscured the vistas created for the pleasure of the nobility, but the sight­lines were restored at the turn of the millen­nium. Ham Common nowadays serves as the trian­gular village green, complete with pond. The larger Ham Common Woods lie to its east.

Living standards are generally high in the ward of Ham, Petersham and Richmond Riverside (which is mostly Ham), although there are pockets of depri­va­tion in the social rented housing. Two-thirds of the local­i­ty’s residents are white British. The most notable minority is a German contin­gent, based here primarily because the Deutsche Schule is in Petersham.

The landscape painter John Constable stayed at Ham House as a guest of the Dysarts.

* The picture of The Malthouse is adapted from an original photograph, copyright Stefan Czapski, at Geograph Britain and Ireland, made available under the Attribution-ShareAlike 2.0 Generic licence. Any subsequent reuse is freely permitted under the terms of that licence. The drone photograph of Ham House at the top of the page is copyright Nic Oatridge and is reproduced here with his kind permission.