‘The last village in London’, according to one historian, now augmented by assorted institutions and a pioneering council estate 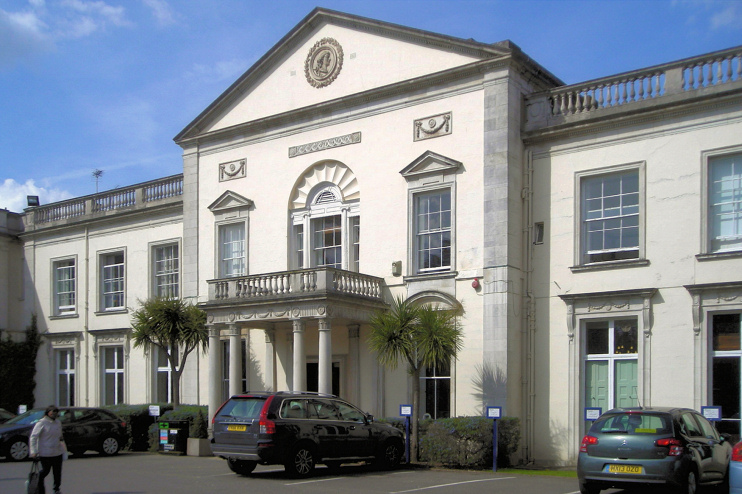 The settle­ment gained an identity in the 14th century, at first as East Hampton, or simply Hampton – ‘home farm or settle­ment’, and then Roke­hampton. Both the ‘East’ and ‘Roke-’ affixes would have served to distin­guish this place from the better-known Hampton, of Hampton Court fame. The ‘Roke-’ element may have referred to the presence of rooks, rocks or oaks – probably rooks, according to the Dictio­nary of London Place Names.

By 1498 the village had an inn and 20 houses, but the first dwelling of signif­i­cance was Roehampton House, which was rebuilt from a hunting lodge around 1630. For the third quarter of the 17th century this was the home of Chris­tiana, Countess of Devon­shire. Among her guests here were the political philoso­pher Thomas Hobbes and most of the leading figures of the Restora­tion court.

Medfield Street and Roehampton High Street consti­tuted the nucleus of the village in the 18th century, while the the surrounding hills and vales were peppered with handsome villas that were occupied by a succes­sion of eminent figures.

Perhaps the finest surviving villa is Mount Clare, which was built in 1772 – probably by Robert Taylor – for George Clive, cousin to Lord Clive. The gardens were laid out by Capa­bility Brown and the house was enlarged and enriched in 1780 by Placido Columbani. Shown in the photo below, Mount Clare is now surrounded by Univer­sity of Roehampton halls of residence but no one lives in the villa itself, which is instead used as univer­sity offices. 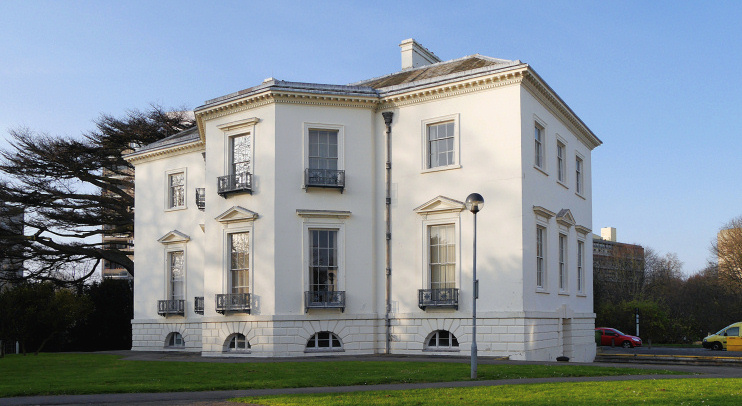 By the late 19th century, high-class suburban homes were increas­ingly in evidence and the aris­toc­racy began to move away. Insti­tu­tions took over some of the mansions but most were demol­ished during the 20th century. Private and council estates filled their former grounds, notably the inno­v­a­tive and influ­en­tial Alton estate, built in the 1950s.

Roehampton Priory claims to be London’s oldest private psychi­atric hospital and has treated many celebri­ties for problems such as exhaus­tion, depres­sion and various addic­tions. Much extended from a stuccoed Gothic villa that was built around 1800, the Priory has been a hospital since 1867.

The Univer­sity of Roehampton has evolved out of the Roehampton Institute, which was formed from the merger in 1975 of four Victorian teacher training colleges: South­lands (Methodist), Digby Stuart (Roman Catholic), White­lands (Anglican) and the Froebel Institute (Humanist).

The univer­si­ty’s emphasis on campus accom­mo­da­tion is the main reason why seven per cent of Roehampton’s residents live in communal estab­lish­ments – an excep­tion­ally high proportion.

The poet Gerard Manley Hopkins studied at the Jesuit seminary at Manresa House. In sharp contrast, the risqué writer Frank Harris twice lived in Roehampton with his extremely young wife-to-be, Nellie O’Hara. Harris said that Roehampton and the French Riviera were his favourite places in the world.

Benjamin Disraeli, prime minister and author, created an Earl and Countess of Roehampton in his autobiographical novel Endymion.

* The picture of Grove House, University of Roehampton, on this page is adapted from an original photograph, copyright Mark Percy, at Geograph Britain and Ireland, made available under the Attribution-ShareAlike 2.0 Generic Licence. The pictures of Roehampton House and Mount Clare are slightly modified from original photographs by Edward Hands at Wikimedia Commons, made available under the Attribution-ShareAlike 4.0 International licence. Any subsequent reuse is freely permitted under the terms of those licences.