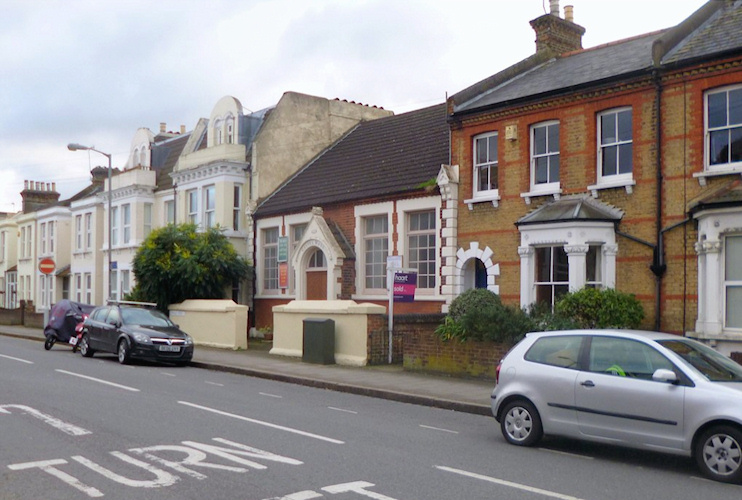 The manor was owned by Chertsey Abbey and was leased in the twelfth and thir­teenth centuries to the Graveney (or Gravenel) family, who may have taken their name from the village of Graveney in north Kent. Tooting Common was also split into two parts, along the border between the parishes of Streatham and Tooting Graveney; an avenue of trees was later planted to mark the boundary. The River Graveney, which flows across the south of the locality, takes its name from the manor, rather than the other way around.

In 1803 Benjamin Oakley built Tooting Lodge, which he soon sold to Rees Goring Thomas. When Thomas acquired the lordship of the manor of Tooting Graveney in 1811, he renamed the lodge the Manor House. The medieval parish church of St Nicholas, which was distin­guished by a circular tower, was demol­ished in the 1830s and replaced by the present structure with a ‘vast barn’ of a nave, which has since been subdi­vided into more manage­able parts.

By the 1860s several villas had been built among the market gardens and the new lord of the manor applied to enclose Tooting Graveney Common. Following a commoners’ court victory the common remained free of spec­u­la­tive building and, under the terms of the Metro­pol­itan Commons Act, it was trans­ferred to public ownership in 1875. In his Handbook to the Environs of London, published in the following year, James Thorne described Tooting Graveney as “very pleasant and, apart from the common, very commonplace.”

Until this time the villages of Tooting Bec and Tooting Graveney (also known as Upper and Lower Tooting) had remained separate, but they were linked by suburban housing over the latter years of the 19th century.

In a history of Tooting Graveney published in 1897, William Morden observed that “the Manor House, which stood on the very border of the manor, and yet not in the parish [of St Nicholas], has been pulled down, and its grounds are now producing a crop of modern residences.”

Shown in the picture at the top of the page,* Longley Road gospel hall opened in 1884 and Henrietta Greasby estab­lished an auction house in stables on the same road in 1919. Both insti­tu­tions remain in existence though the latter operates from rebuilt premises. 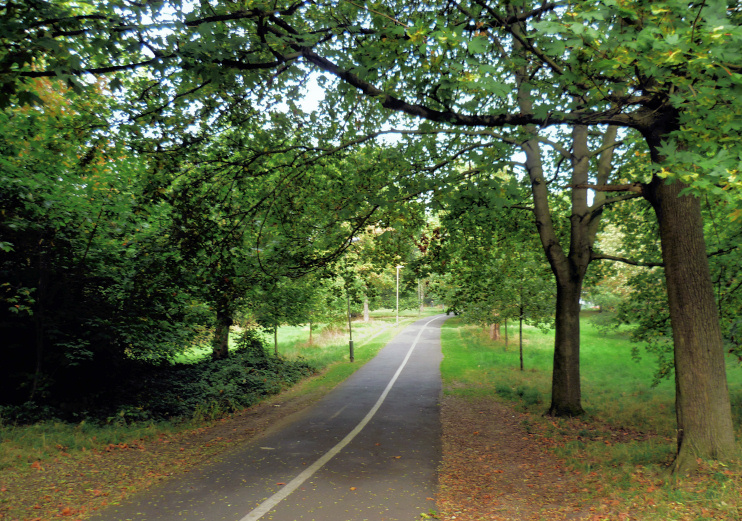 West of the common, the London County Council acquired Totter­down Fields and in 1901 began to lay out its first cottage estate here. By 1911 the estate had 1,229 houses but only four shops. All Saints’ church was built as the centre­piece of the new estate, in imposing Gothic style.

From 1931 St Bene­dict’s hospital (formerly a Roman Catholic college, then a home for the aged and infirm) occupied a swathe of land between Church Lane and Rectory Lane. St Bene­dict’s closed in 1981 and Laing Homes built a housing estate in its stead. The hospi­tal’s portico and clock tower were preserved to adorn the estate.

Tooting Graveney nowadays has a multira­cial community and Merton’s Graveney ward (which straddles the railway line east of Tooting station) is the most ethni­cally diverse in the borough. As the local­i­ty’s demo­graphic profile has evolved, old buildings have been put to new uses and St Nicholas’s parochial hall has been converted into the Idara-e-Jaáferiya mosque and community centre for Shia Muslims. Up towards Tooting Bec, the former Mayfair cinema is now a Sunni Islamic centre.

* The picture of Longley Road gospel hall on this page is adapted from an original photograph, copyright Mike Faherty, and the picture of the Cycle and pedestrian path on Tooting Graveney Common, is adapted from an original photograph, copyright Marathon, both at Geograph Britain and Ireland, and made available under the Attribution-ShareAlike 2.0 Generic Licence. Any subsequent reuse of either image is freely permitted under the terms of that licence.