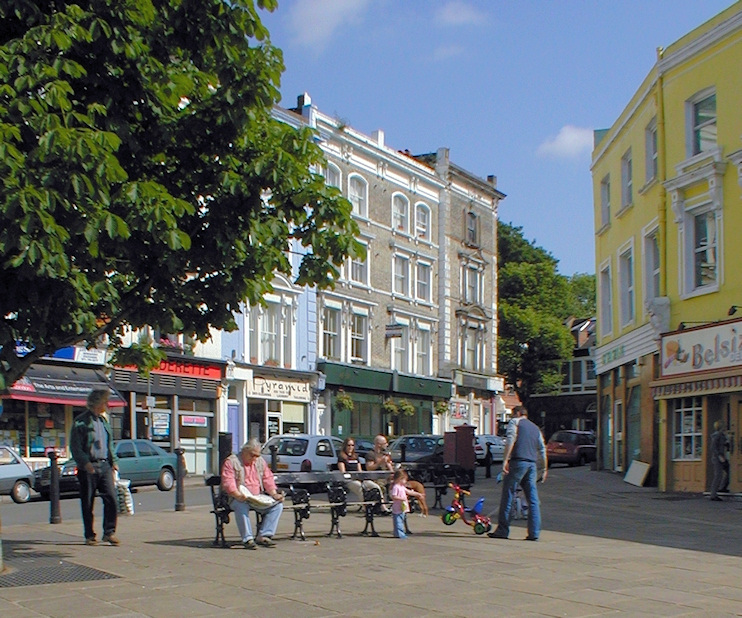 Built on the site of Belsize Farm, the village was part of the Belsize Park estate, first developed by Daniel Tidey from the 1850s. Tidey went bankrupt in 1869 and the Belsize project was taken over by William Willett senior, one of the prog­en­i­tors of the garden suburb concept.

Willett built the first shops, orig­i­nally called Belsize Park Terraces, in a style that has been described as ‘standard speculator’s Ital­ianate’. He gave up some of his land in 1876 to widen Upper Belsize Terrace (now Belsize Terrace) and create a village green.

Belsize Village later evolved into a service zone for the grander homes in neigh­bouring streets, with a set of mews for servants and horses. Many of these prop­er­ties have since been wholly or partly rebuilt – often very stylishly. In 1880 Willett added a long range of half-timbered livery stables at the corner of Belsize Lane and Belsize Place.

Belsize Village is nowadays a charming spot, with useful, inde­pen­dent shops and services (plus several estate agents) inter­min­gled with a remark­able selection of restau­rants for a locality so off the beaten track.