A pleasant suburban locality situated midway between Bexleyheath and Sidcup 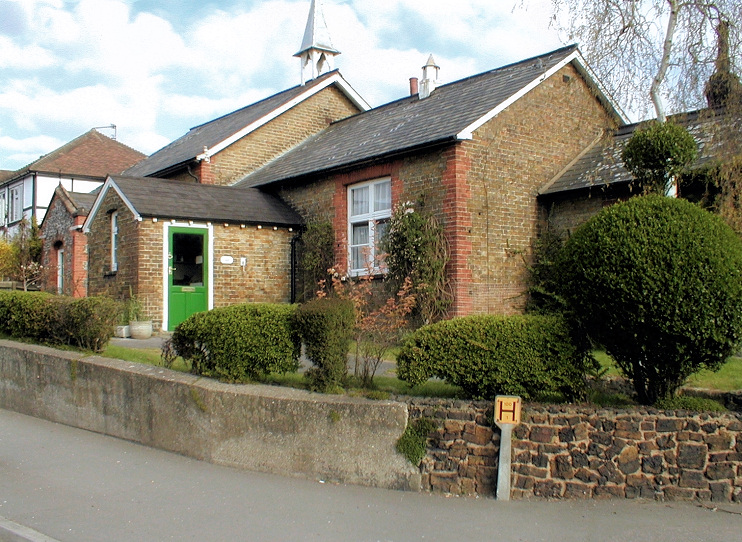 This was Bladindon in 1240, probably ‘hill asso­ci­ated with a man called Blǣda’. The first known resident was Jordan de Bladindon, who built a house here in the 14th century. In the 1650s the house’s Royalist owners had to mortgage the estate to pay a fine imposed on them after the Civil War, but they regained posses­sion following the Restoration.

The house later came into the hands of Jacob Sawbridge, an MP and director of the South Sea Company, whose collapse in 1720 owing to spec­u­la­tion mania caused a national financial crisis.

A new Blendon Hall was erected in 1763, accom­pa­nied by signif­i­cant improve­ments to the 90-acre grounds.

Marked with a pink pin on the map below, Jays Cottages were built at the end of the 18th century or the beginning of the 19th. This small row of elegantly simple homes is the oldest surviving group of buildings in Blendon and is grade II listed.

The Three Black­birds public house has been in existence since at least 1832. Most of the pub was destroyed by fire c.1890 and it was after­wards rebuilt much as it had been before.

Like most of the surrounding area, the construc­tion of the Rochester Way was the catalyst for Blendon’s subur­ban­i­sa­tion. Blendon Hall and grounds were put up for sale in 1929 and bought for £29,000 by DC Bowyer, a prominent local builder.

Bowyer’s homes attracted middle-class buyers, but the new residents were not rich enough to fulfil his hopes of converting Blendon Hall into a private school, so the 20-bedroom mansion was demol­ished and replaced by more housing.

The Blendon and Penhill ward has a high propor­tion of married, Christian owner-occupiers, who are over­whelm­ingly of white British origin.