A little-used name for the part of Finsbury Park that lies between Blackstock Road and Green Lanes, in the borough’s extreme north-western corner 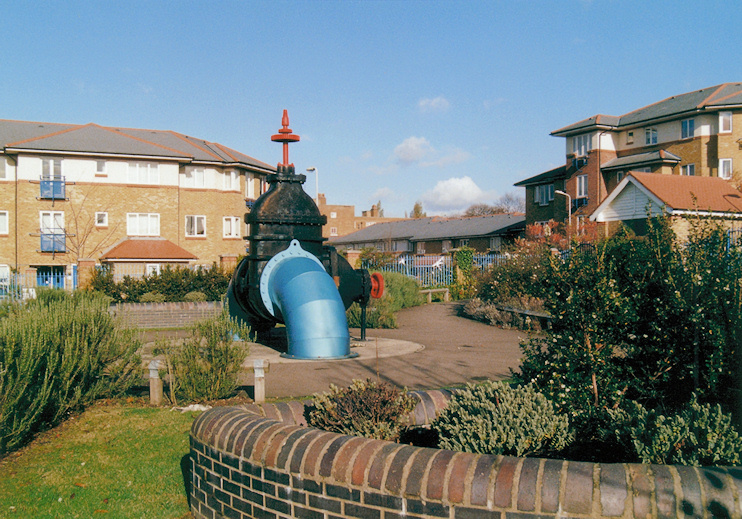 Brownswood was formerly the local manor, dating back to the 12th century. An early version of the name (Bran­deswode, c.1250) indicates that the landlord (specif­i­cally the prebendary) may have been called Brand. Alter­na­tively, that spelling could have arisen because of confusion between Roger Brun (an earlier landlord, c.1154), who did give his name to the manor, and the later landlord named Brand. Both Brun and Brand were canons of St Paul’s Cathedral, which owned the manor. Apologies if that’s not clear but I’m confused too.

In 1852 the New River Company’s filter beds were constructed on the west side of Green Lanes and 150 acres of surrounding land began to be built up soon after­wards. Within two decades there were over a thousand homes on the Brownswood Park estate. Black­stock Road later became a part of the Finsbury Park shopping district. During the 1990s the filter beds were filled in and more was housing built. As seen in the photo above, some of the original pipework was retained as a centre­piece for the housing devel­op­ment that replaced the filter beds.

Some years ago, the area’s use as a red light district prompted the instal­la­tion of barriers to convert streets into cul-de-sacs in an attempt to deter kerb crawling.

The north-eastern end of Seven Sisters Road has the only ‘hotel zone’ in the London Borough of Hackney.