A hillside residential locality in southern Muswell Hill, centred on the dog-legged avenue of the same name and overlooked by Queen’s Wood 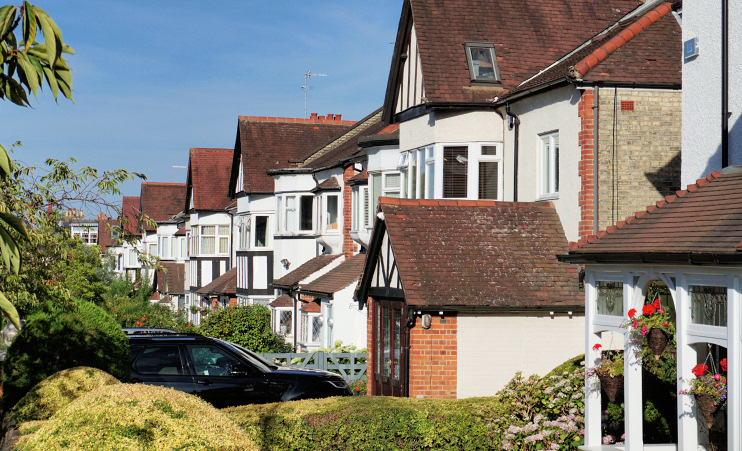 The Imperial Property Invest­ment Company bought farmland here from the Eccle­si­as­tical Commis­sioners and built the first houses in Cranley Gardens and Onslow Gardens in the 1890s. Lack of interest from potential home­buyers prompted the company to sell plots to other builders, who soon began work on Woodland Rise and Woodland Gardens.

In around 1900 the Eccle­si­as­tical Commis­sioners gave land at the corner of Park Road as the site for St George’s church but this was instead built on Priory Road.

The locality was mostly built up before the First World War and completely filled by the outbreak of the next war. Many of the early prop­er­ties are well-propor­tioned but the quality of building seems inversely propor­tional to the prop­er­ties’ altitude.

During the first half of the 20th century Cranley Gardens had a station on the Alexandra Palace branch of the Great Northern Railway.

After the Priory Road church was destroyed by wartime bombing, a new St George’s was built on the orig­i­nally proposed site at the eastern end of Cranley Gardens. Following the demo­li­tion of Hornsey’s struc­turally unsound St Mary’s church in 1969, its parish was joined with St George’s.

Dennis Nilsen, London’s most notorious serial killer of modern times, lived in the top floor flat at 23 Cranley Gardens. Nilsen was caught in February 1983 after body parts he had flushed down the lavatory blocked the drains, prompting the neighbours to call in Dyno-Rod. The so-called Muswell Hill Murderer died in prison in May 2018.