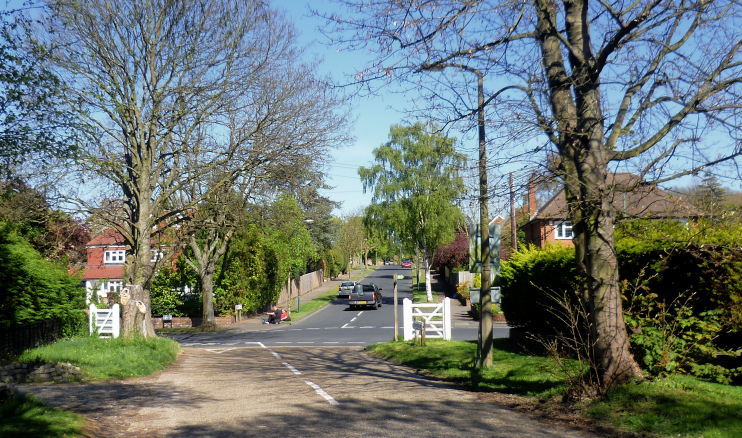 The Cuddington name, which refers to a Saxon landowner, may have orig­i­nated as early as the eighth century. By 1538 the parish had acquired the stone church of St Mary, a manor house and a handful of produc­tive farms. But this was the year in which Cuddington changed forever when Henry VIII acquired the entire manor, oblit­er­ated all the existing buildings and commis­sioned the construc­tion of Nonsuch Palace. The lord of the manor received the priory of Ixworth, Suffolk, in compen­sa­tion for his loss.

Although Nonsuch was primarily intended as a hunting lodge, it was built and decorated to impres­sive standards of grandeur that were designed to rival Chambord, the Loire palace of Francis I. Work was just about completed when Henry died in 1547. Nonsuch remained in the posses­sion of the Crown until Charles II gave it to his mistress Barbara Villiers, who demol­ished the palace in 1684 and sold off the building materials.

Nearly two centuries passed before civil­i­sa­tion returned with the creation of the suburb of Worcester Park at the parish’s northern end, where a new St Mary’s was built in 1867 and rebuilt in 1895. The modern locality of Cuddington, however, lies well to the south-east, where the borough of Sutton juts into Surrey. Wrapped around Cuddington golf course, laid out in 1929, this is one of south London’s most select neigh­bour­hoods. Progres­sively developed with increas­ingly grand homes (but no community facil­i­ties) over the course of the 20th century, even a bungalow here can fetch well over half a million pounds.

Cuddington is one of the ‘finger parishes’ of Sutton, so-called for their elongated north-south shapes.

* The picture of Cuddington Way on this page is adapted from an original photograph, copyright Marathon, at Geograph Britain and Ireland, made available under the Attribution-ShareAlike 2.0 Generic Licence. Any subsequent reuse of the image is freely permitted under the terms of that licence.